Here is the latest version of the Hot Wheels '55 Chevy Bel Air Gasser! This version is from the Heat Fleet series of the mainline and it looks amazing in orange with white flames. The casting is relatively new, only first appearing back in 2013.  Hopefully it'll continue to be released since I really like this casting, it's one awesome old school drag racer! 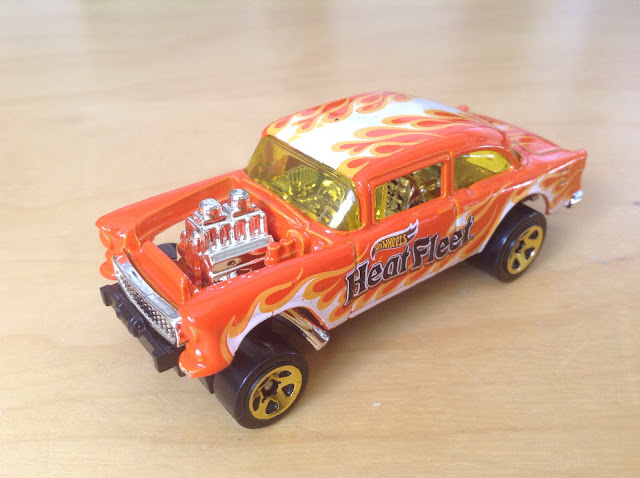 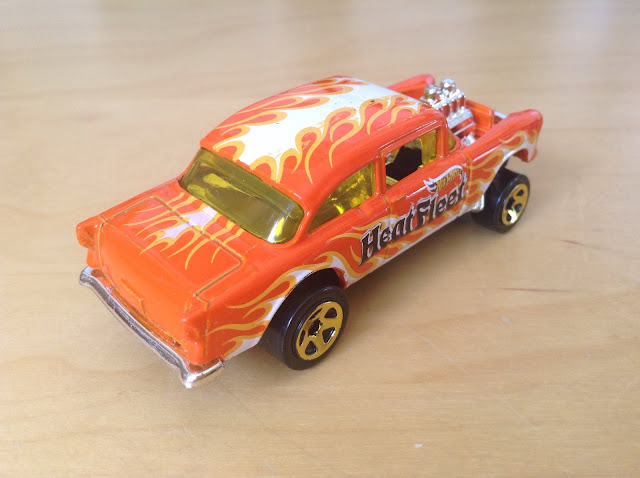 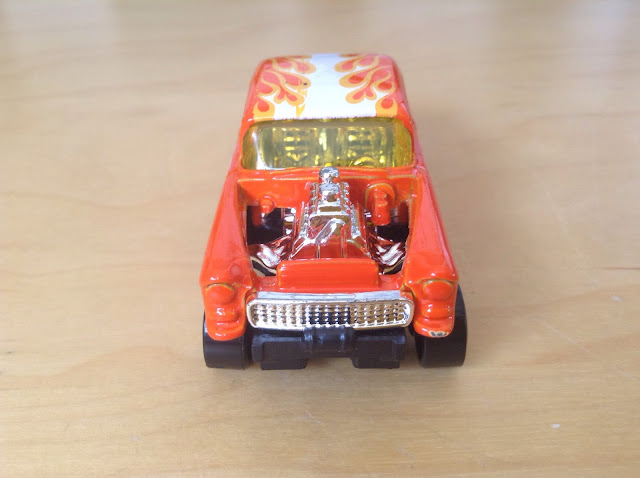 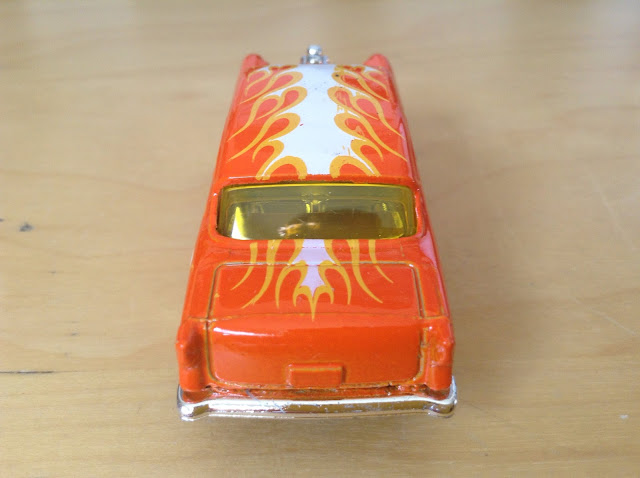 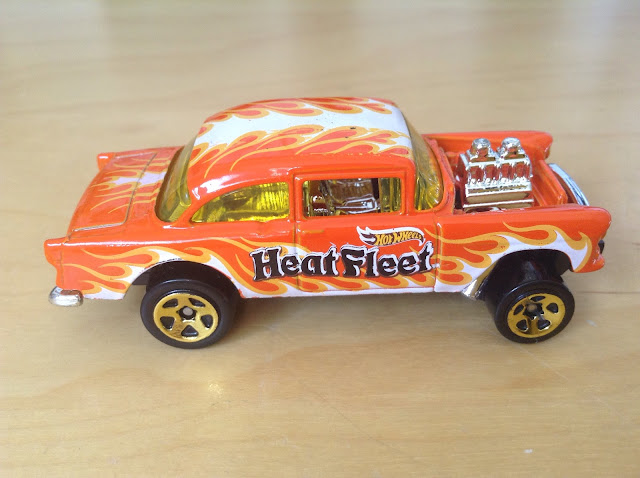 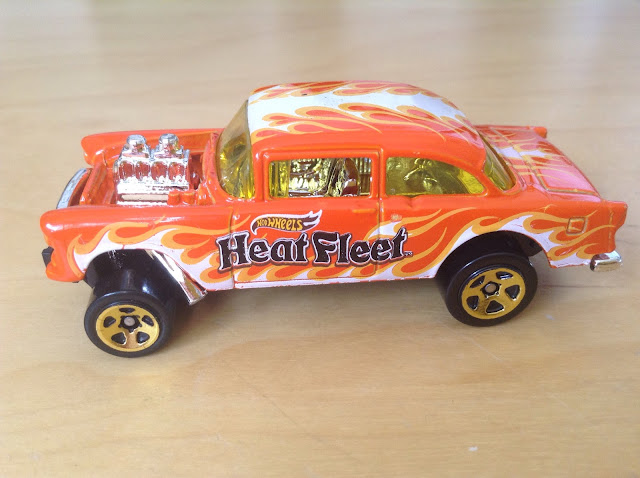 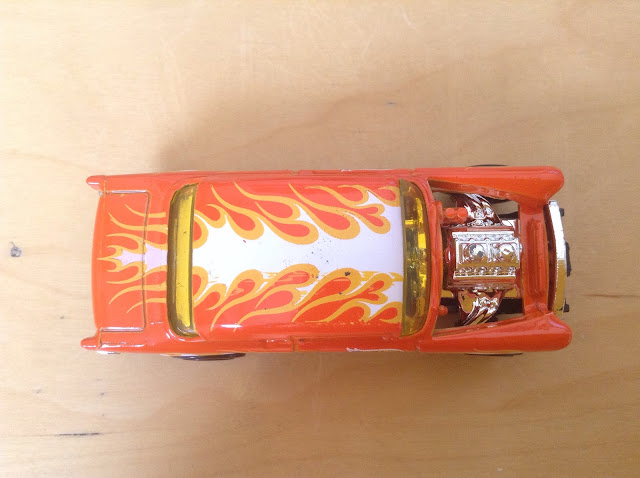 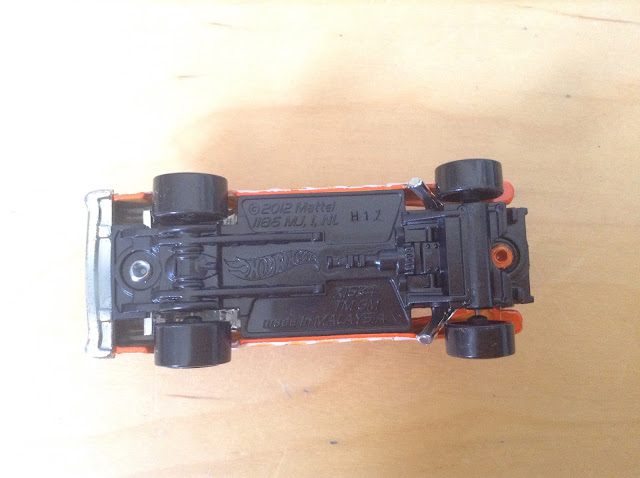 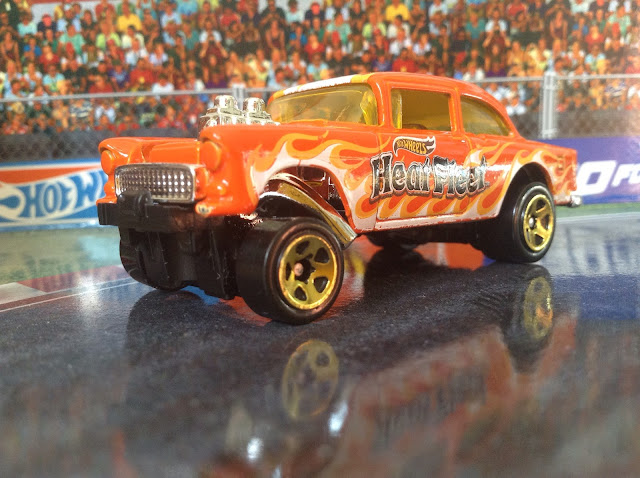