Here's a couple of super shiny cars! They are both chromed after all! That being said, they are both from the Super Chromes segment of the 2015 mainline. Battle Spec is the one with the purple while Carbide is the one with red. Anyways, they both look fast don't they? They'd both be hard to beat in a race, that's for sure! 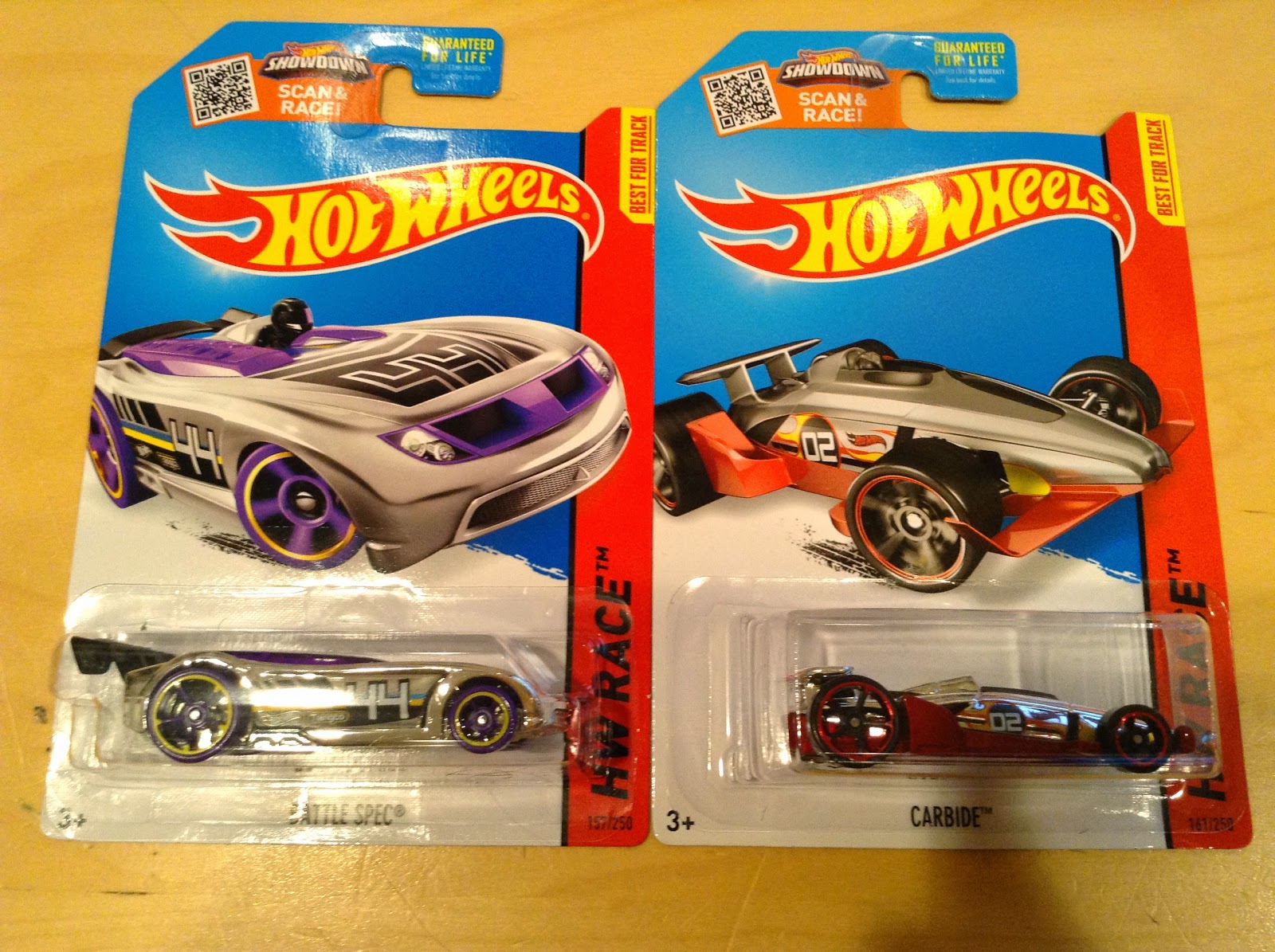 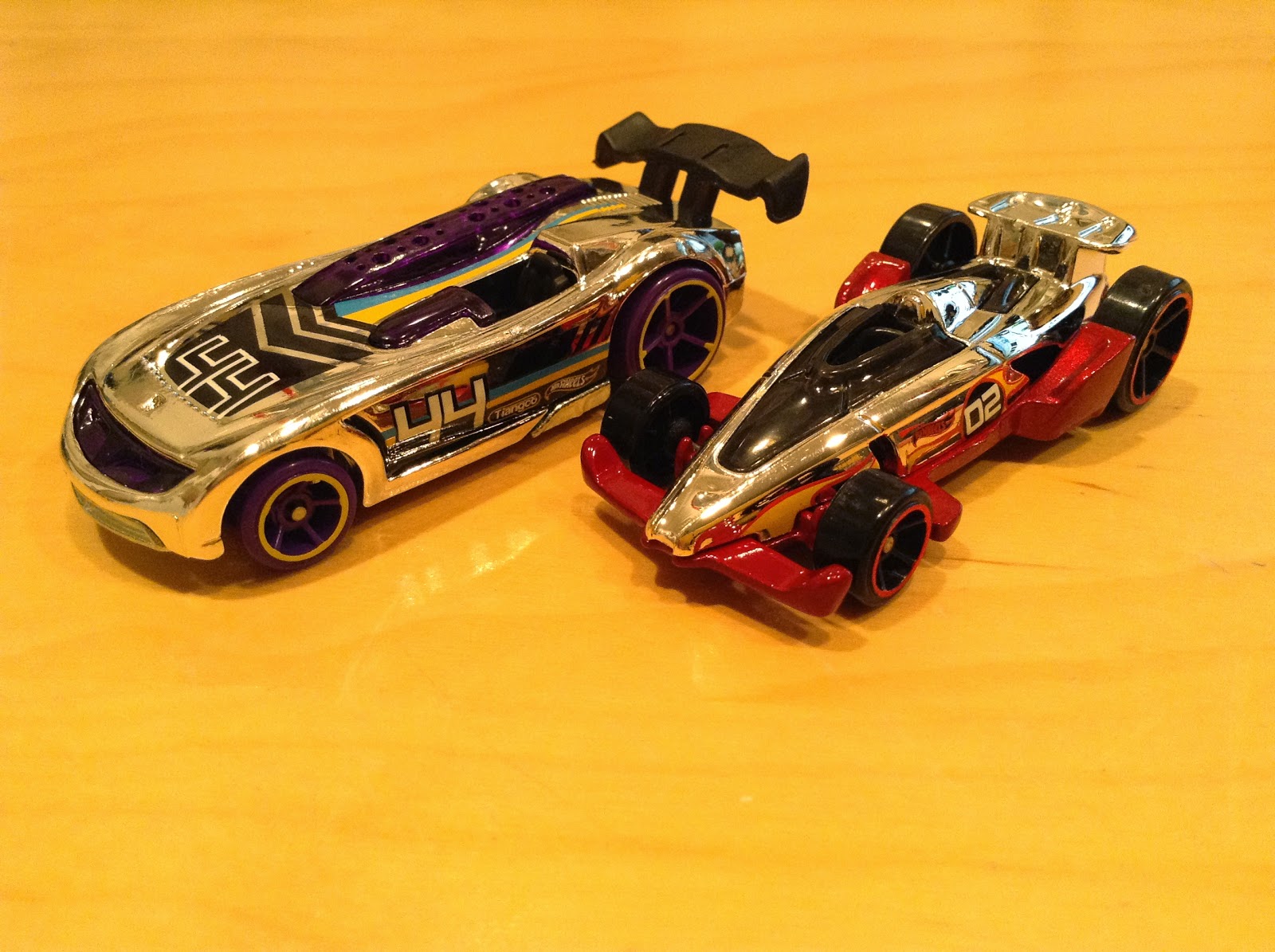 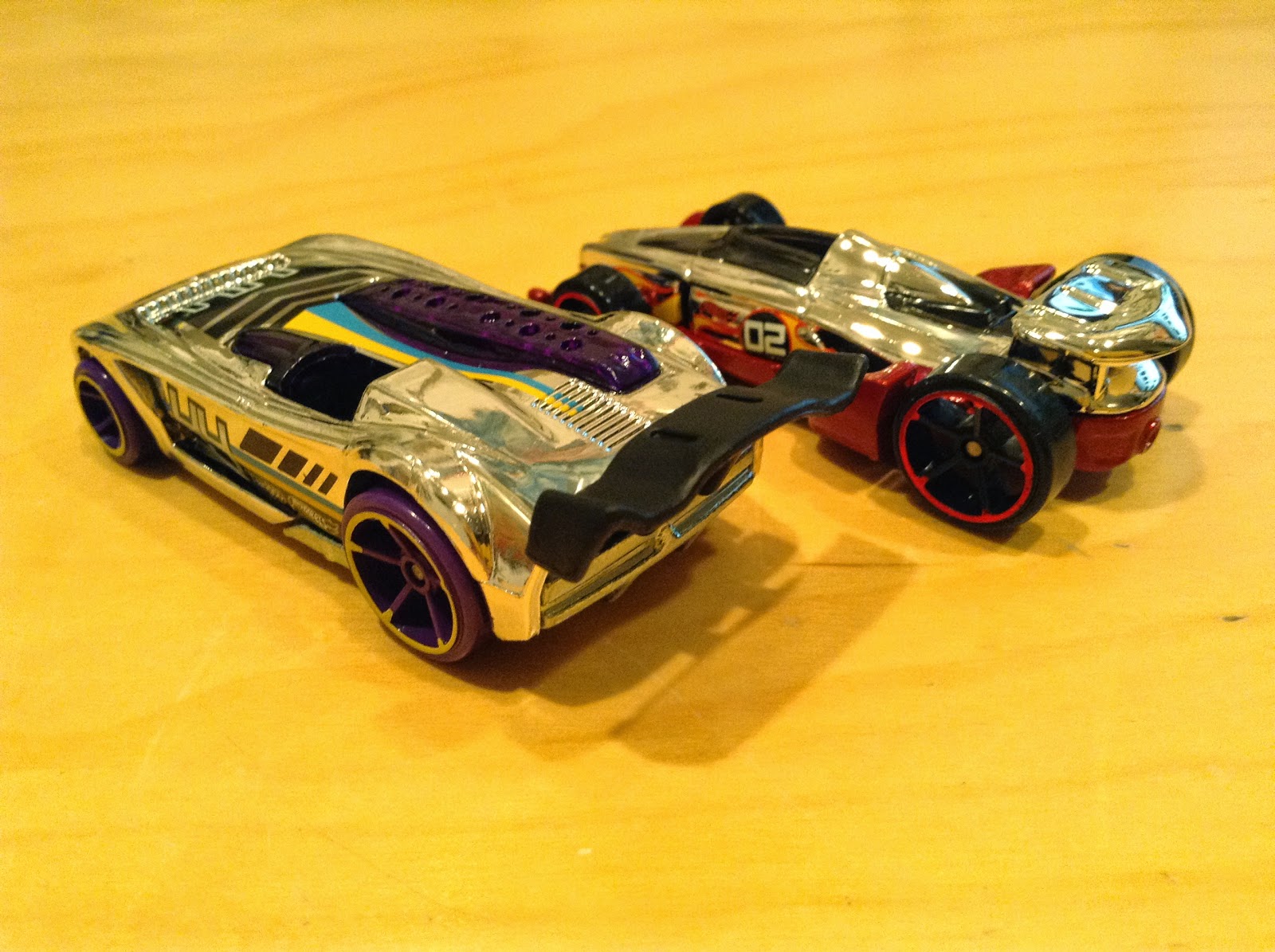 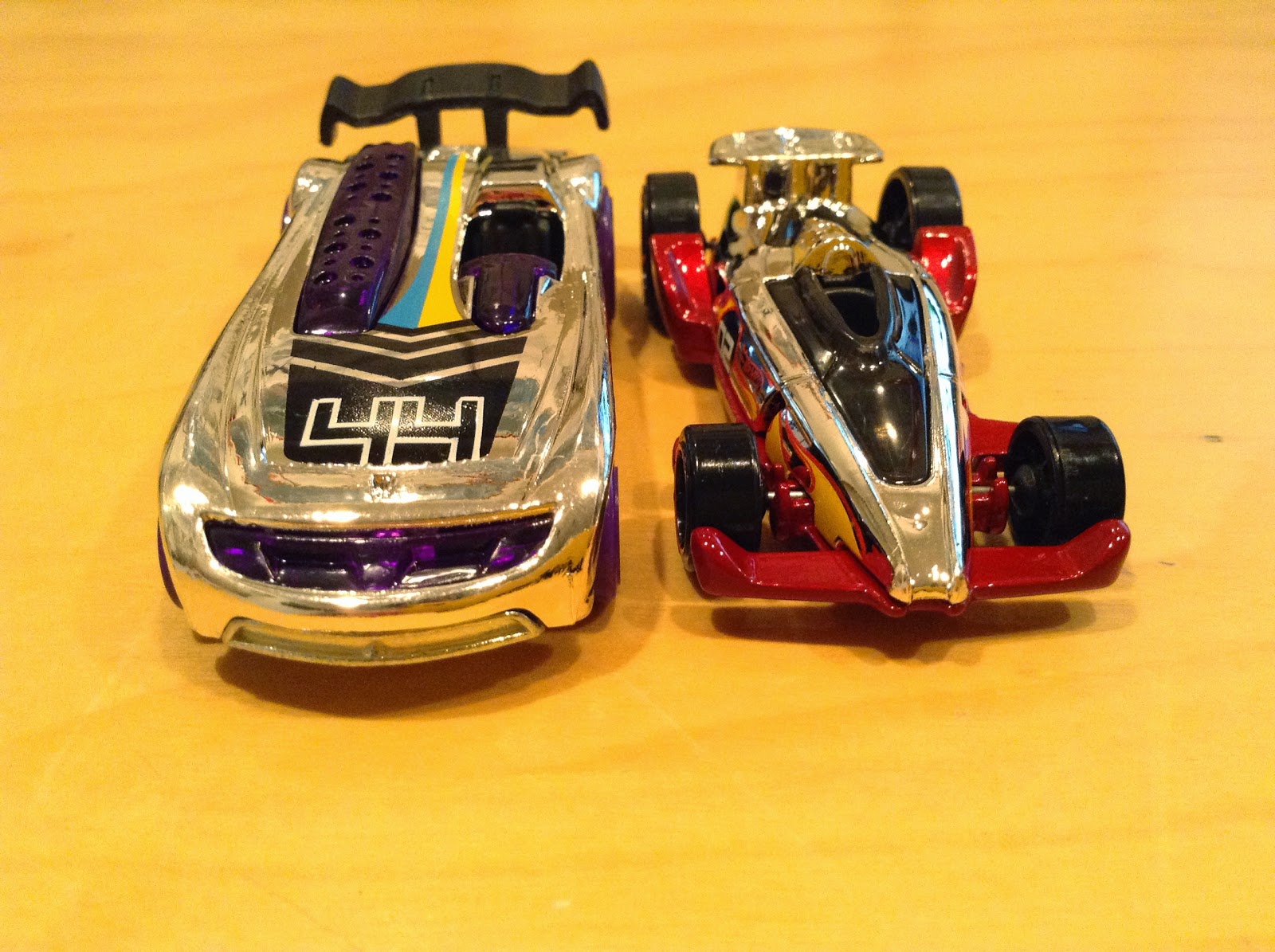 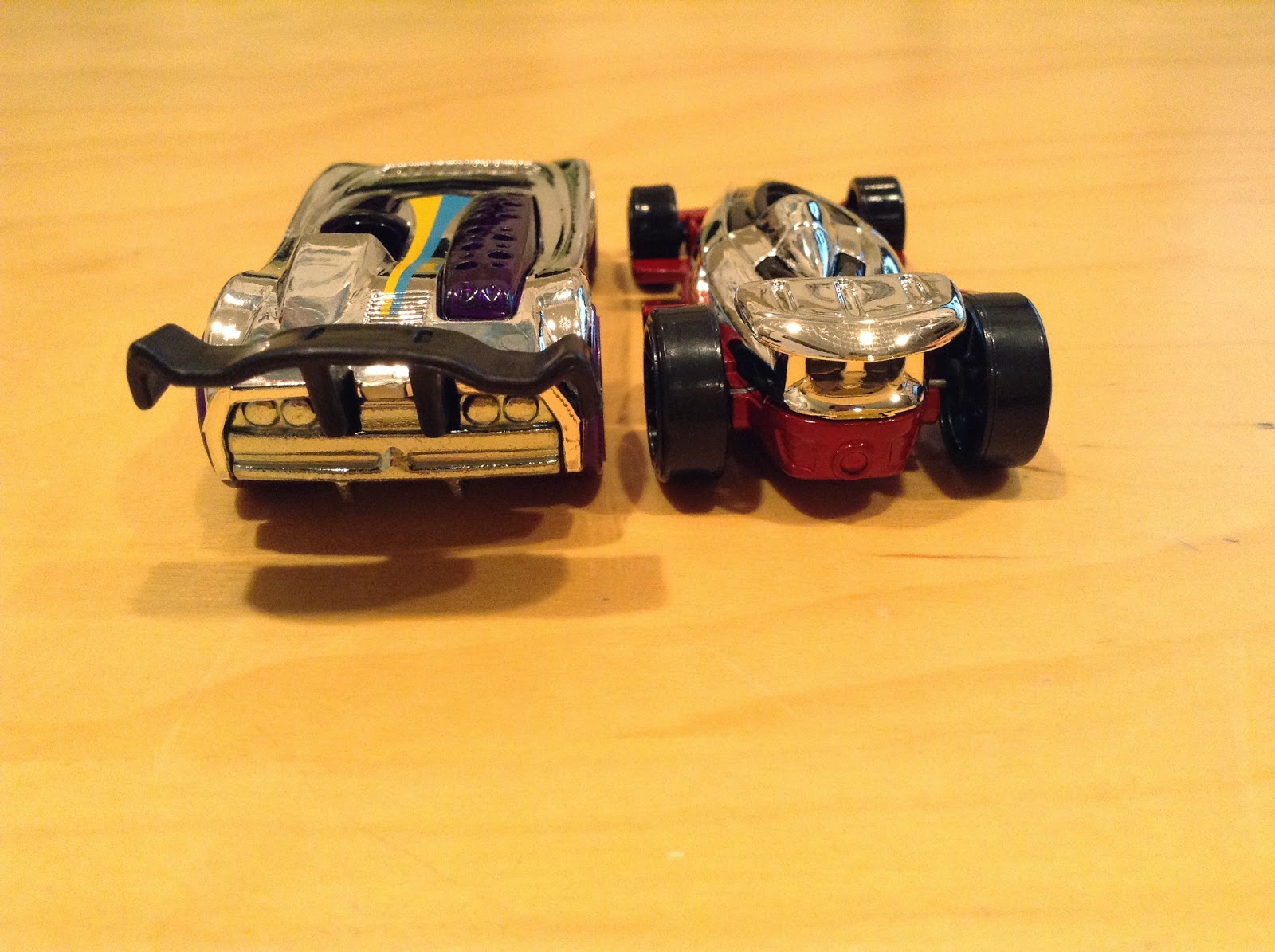 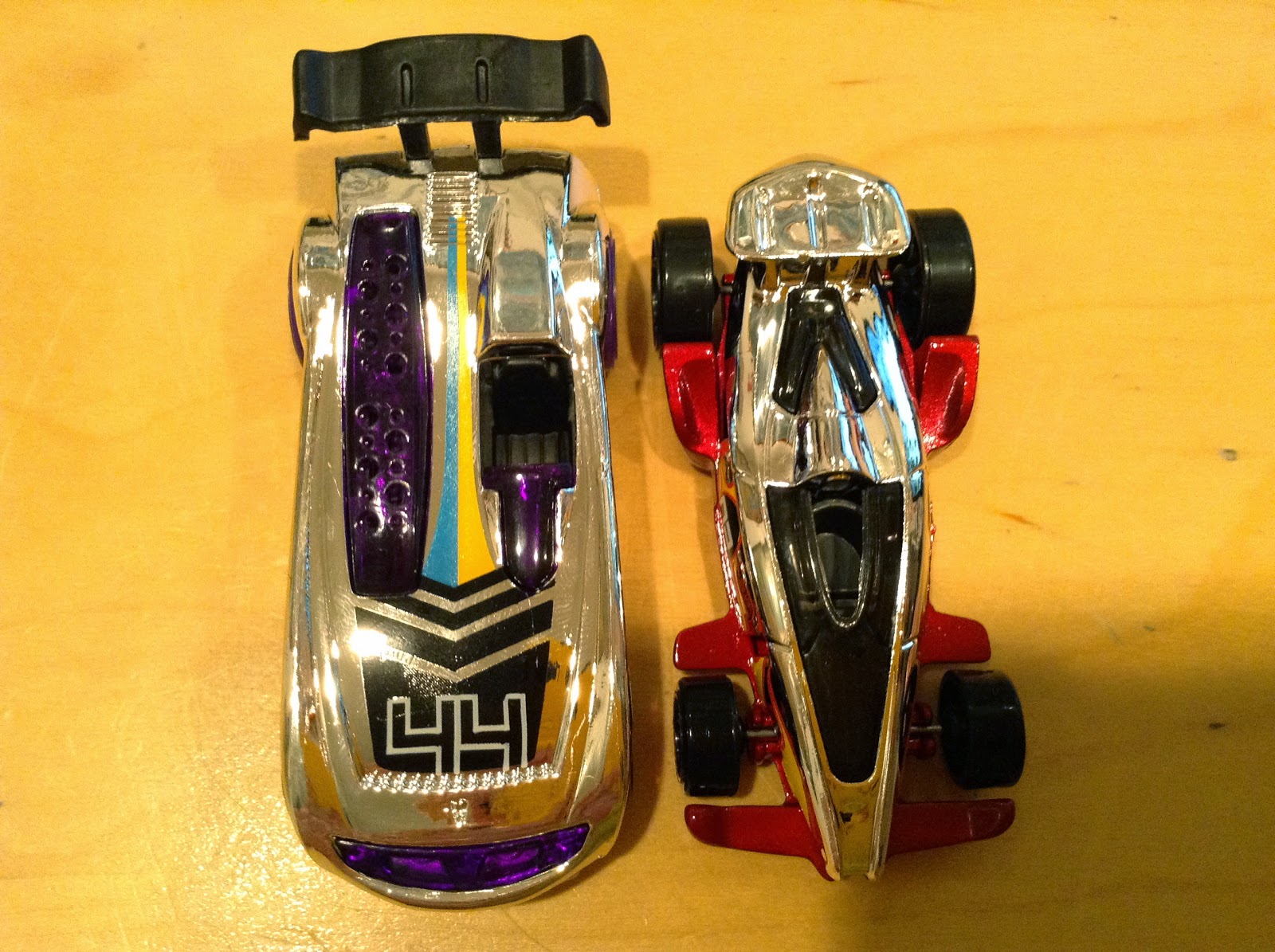 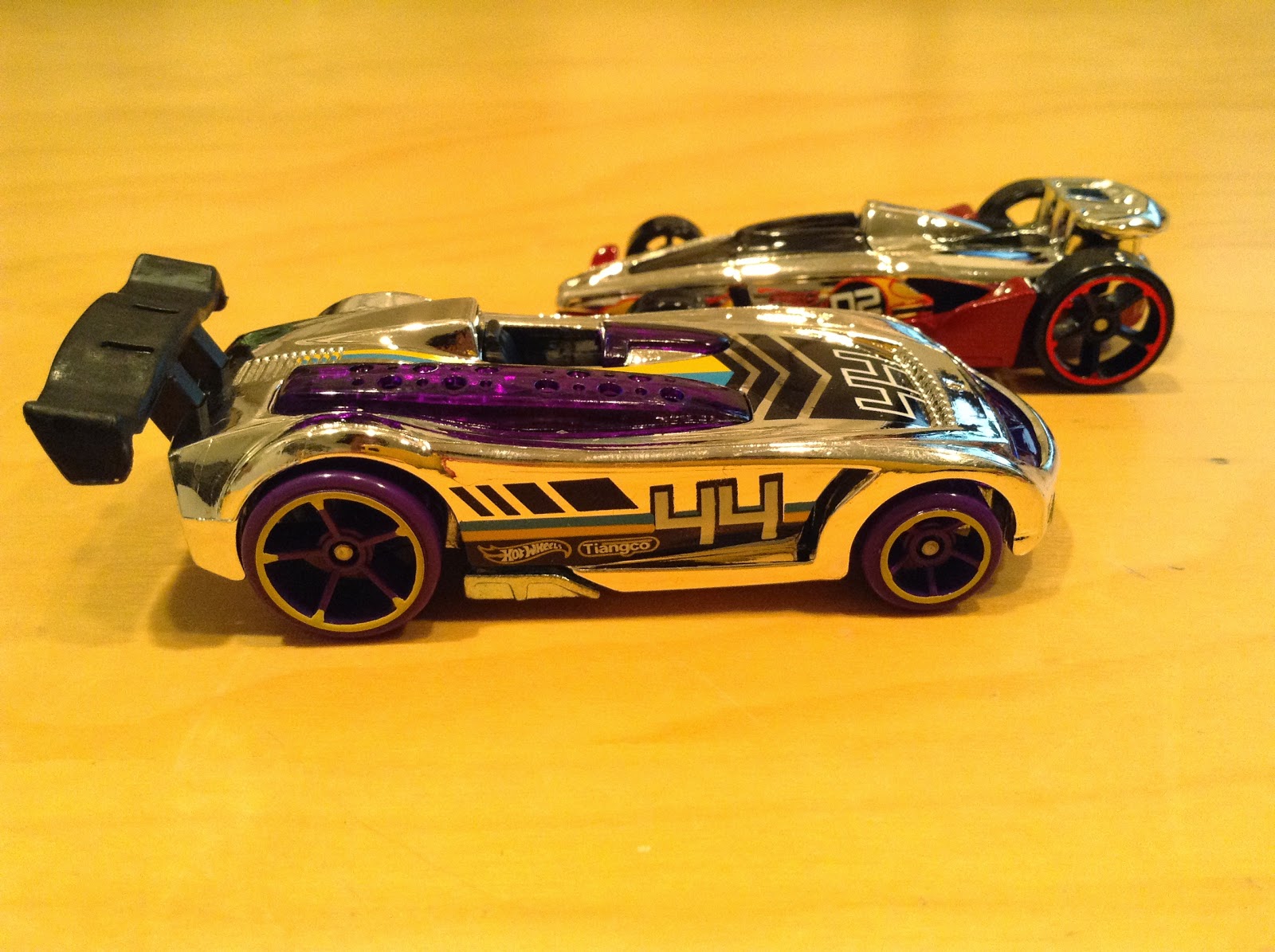 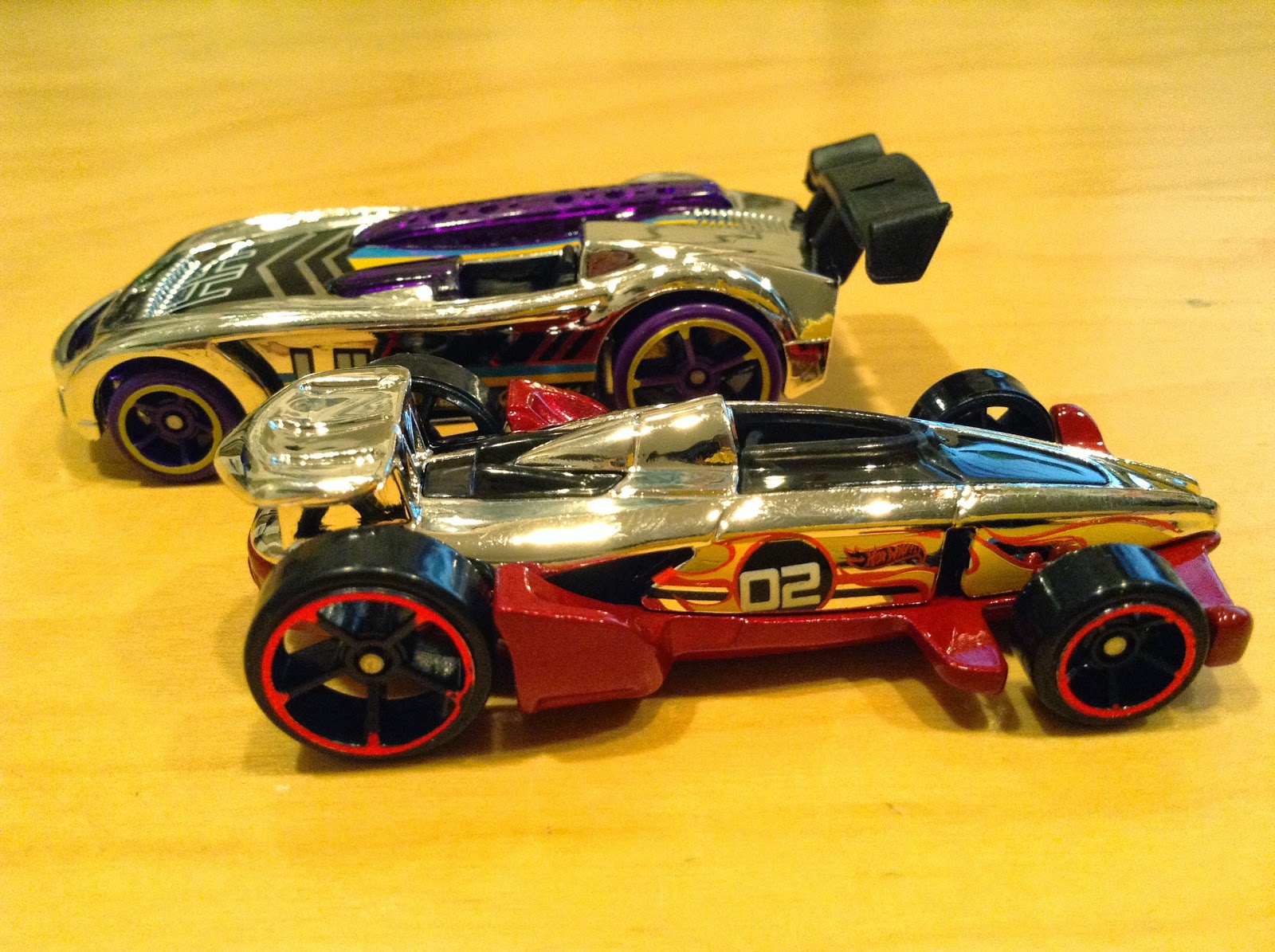 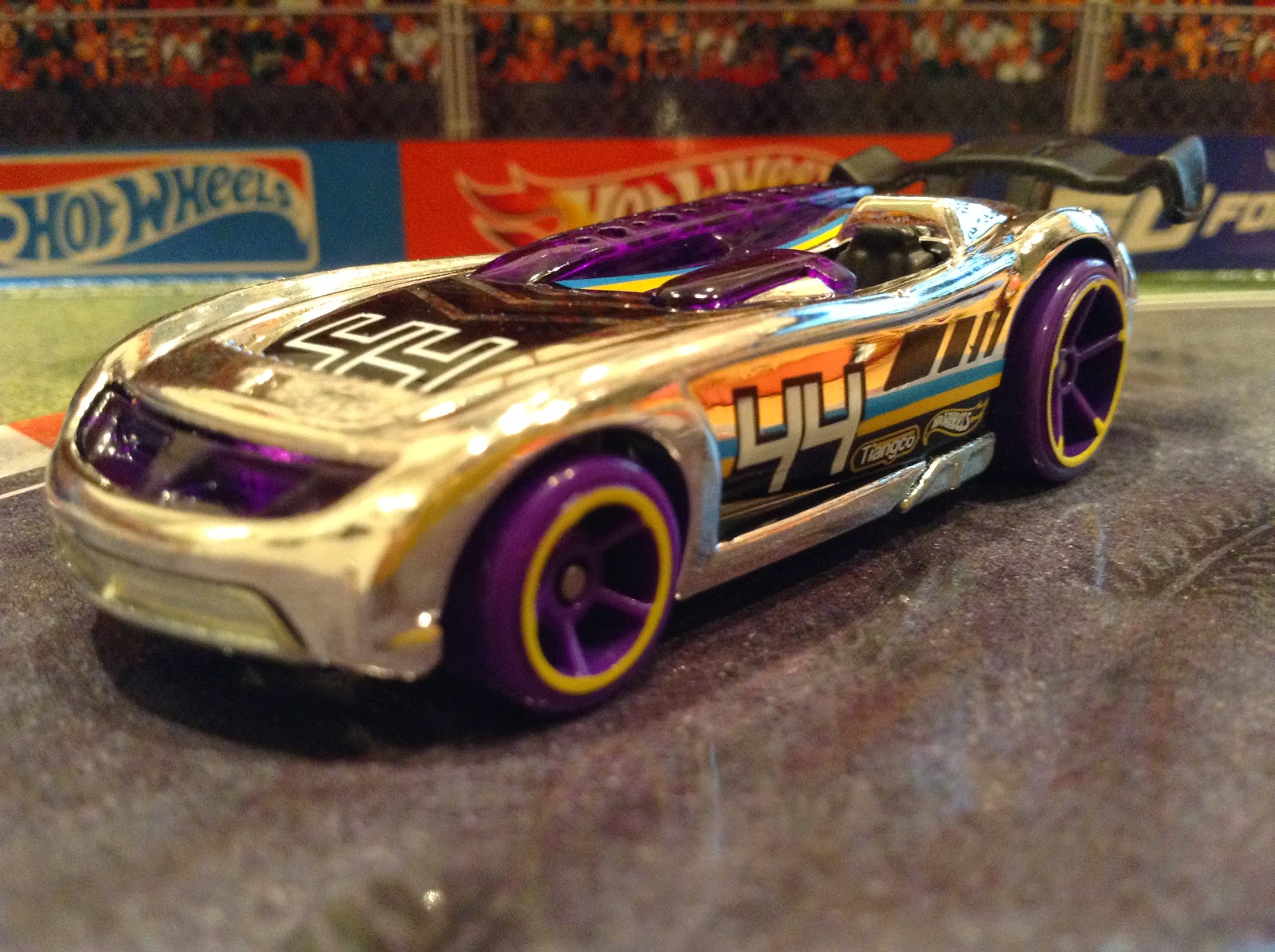 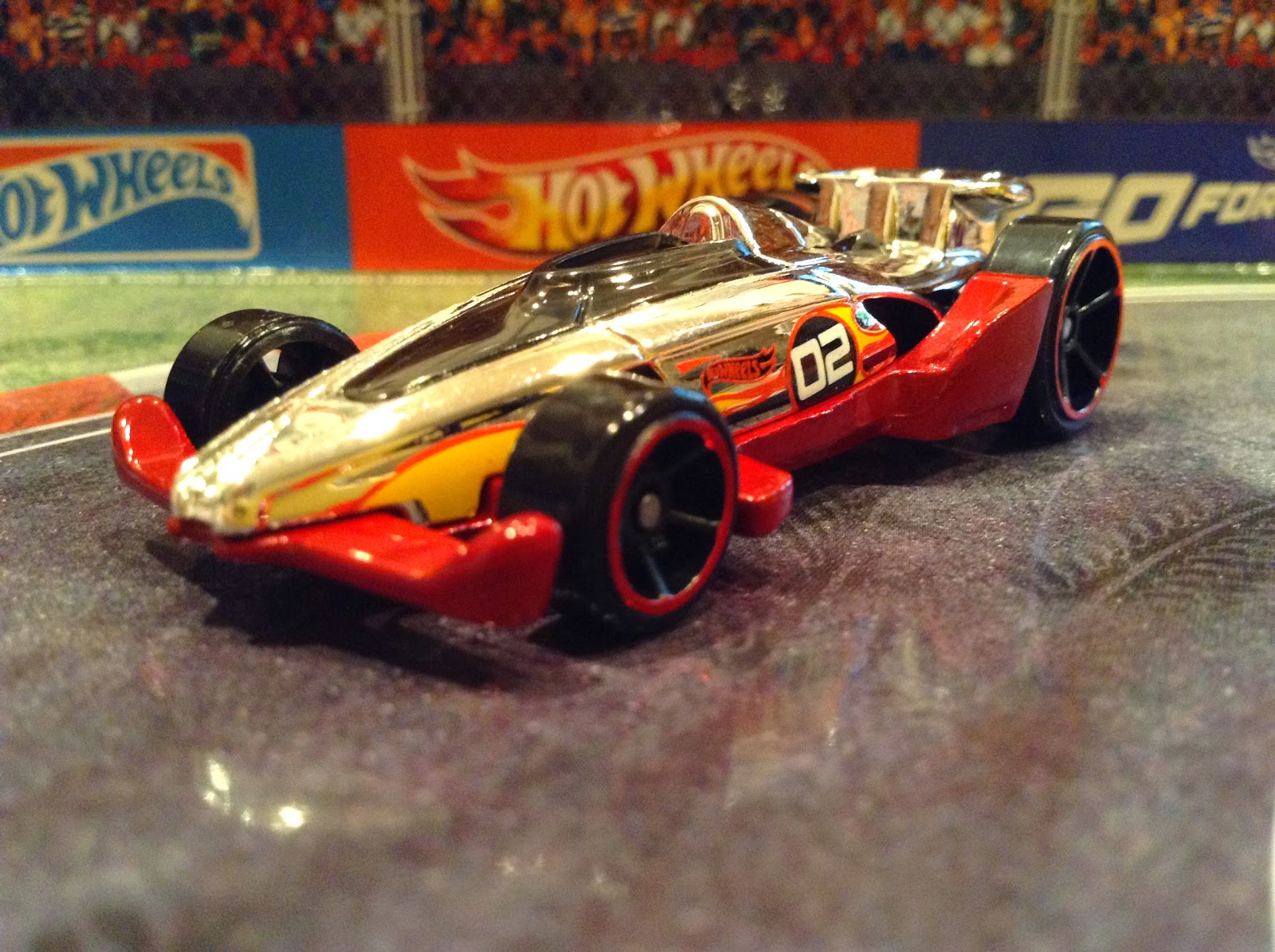 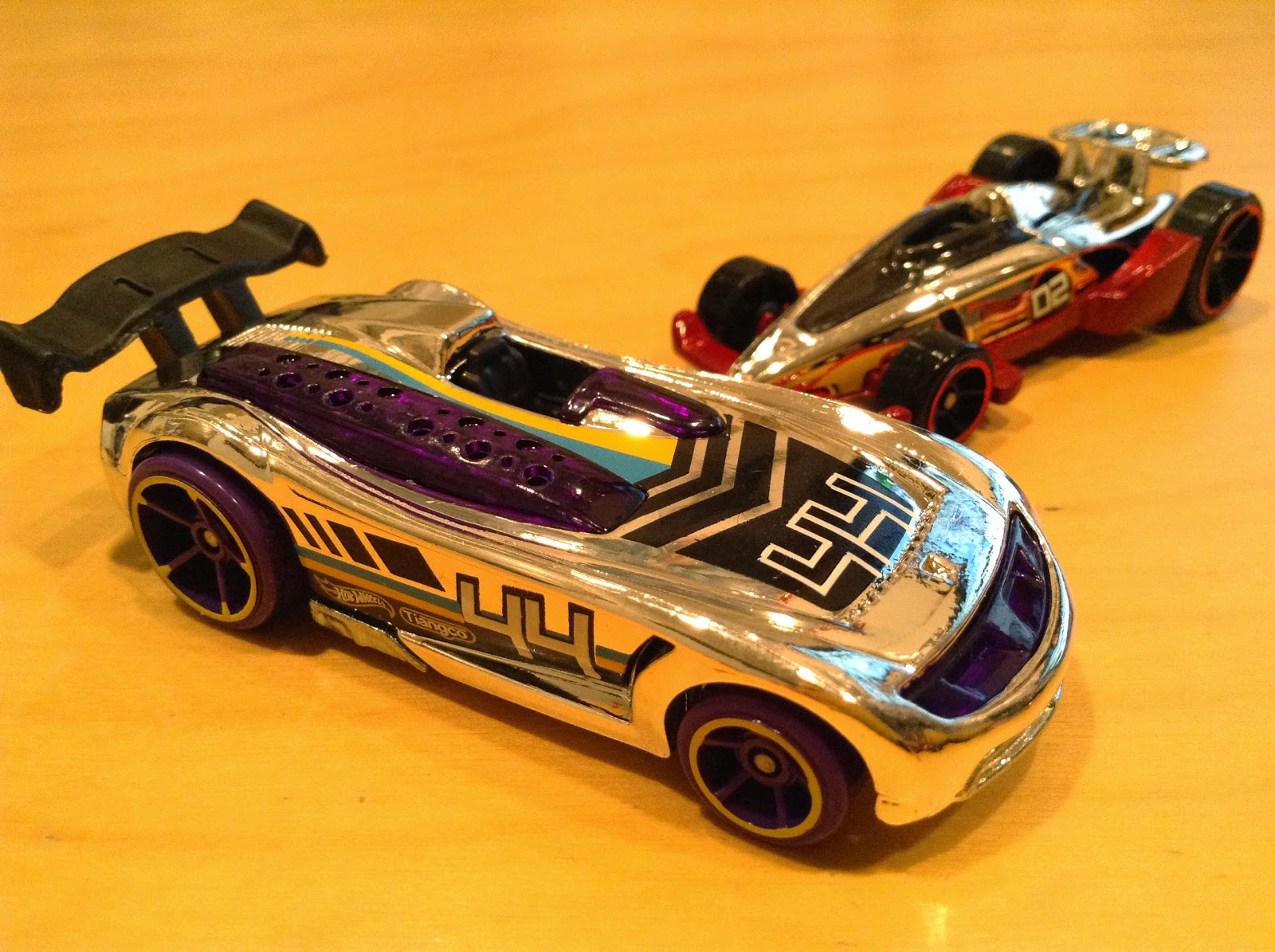 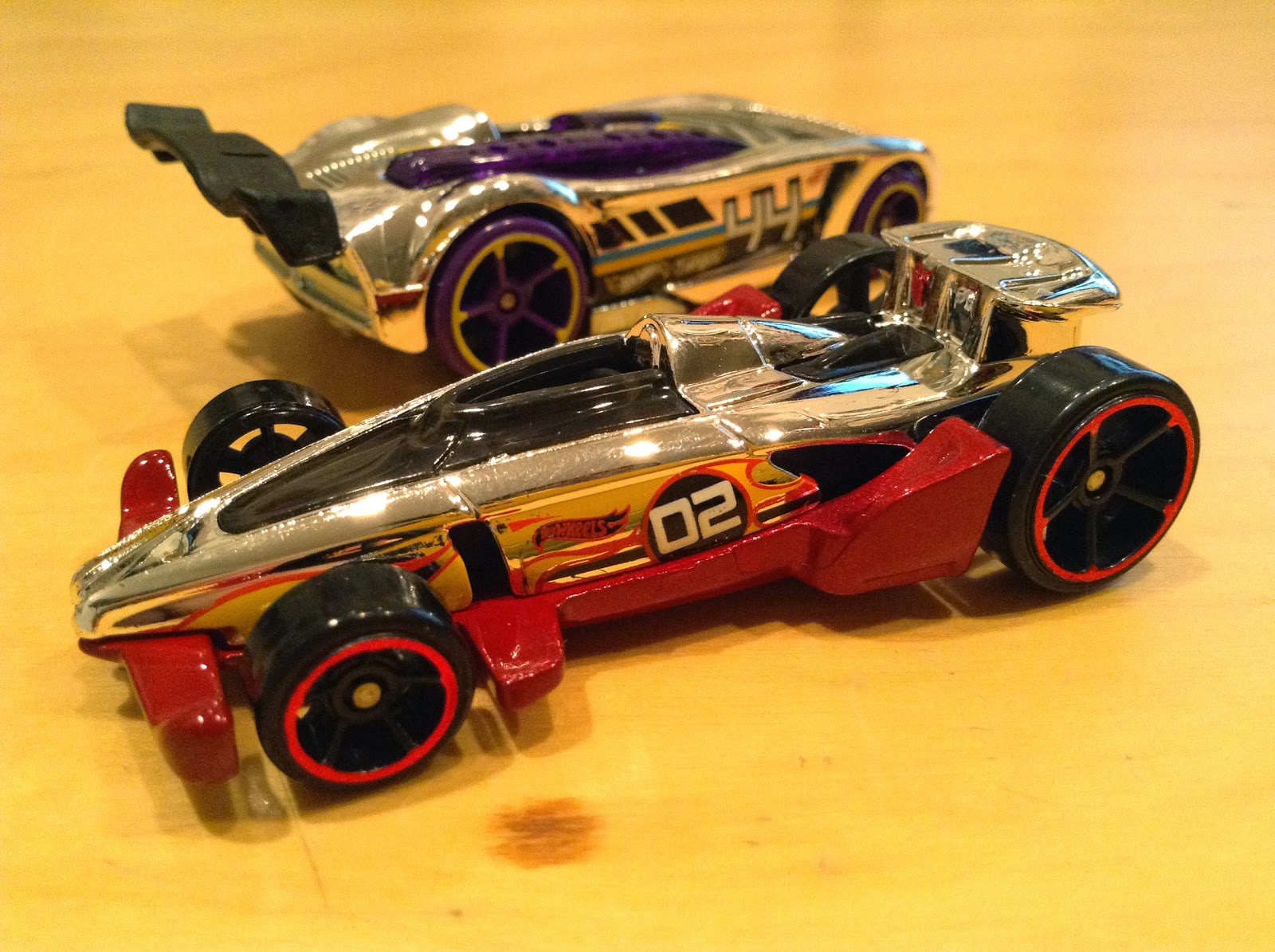