This casting was originally from Hot Wheels's Designers Challenge quite awhile back but I have yet to actually obtain it until just yesterday. I found it in a 3-pack (back from 2011 I believe) for $3.88 at Walmart. I suppose I overpaid a bit for it but it was well worth the extra cash just so I could finally have this Lotus. It was the last casting that I needed from the Designers Challenge too.

The Lotus Concept is an oddly shaped car but I think it's cool. The color combination with the metal-finish spoiler on this casting looks awesome too. 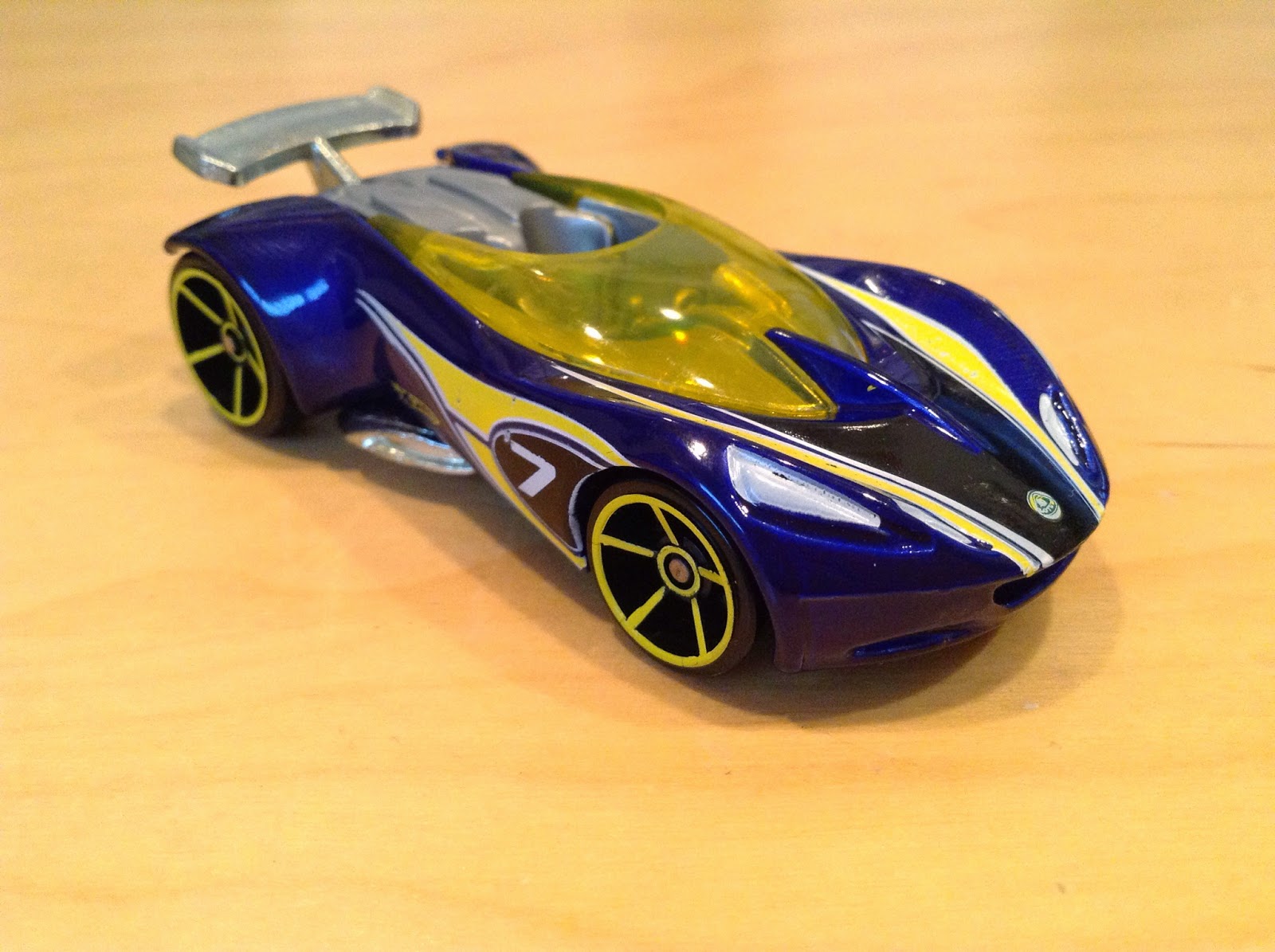 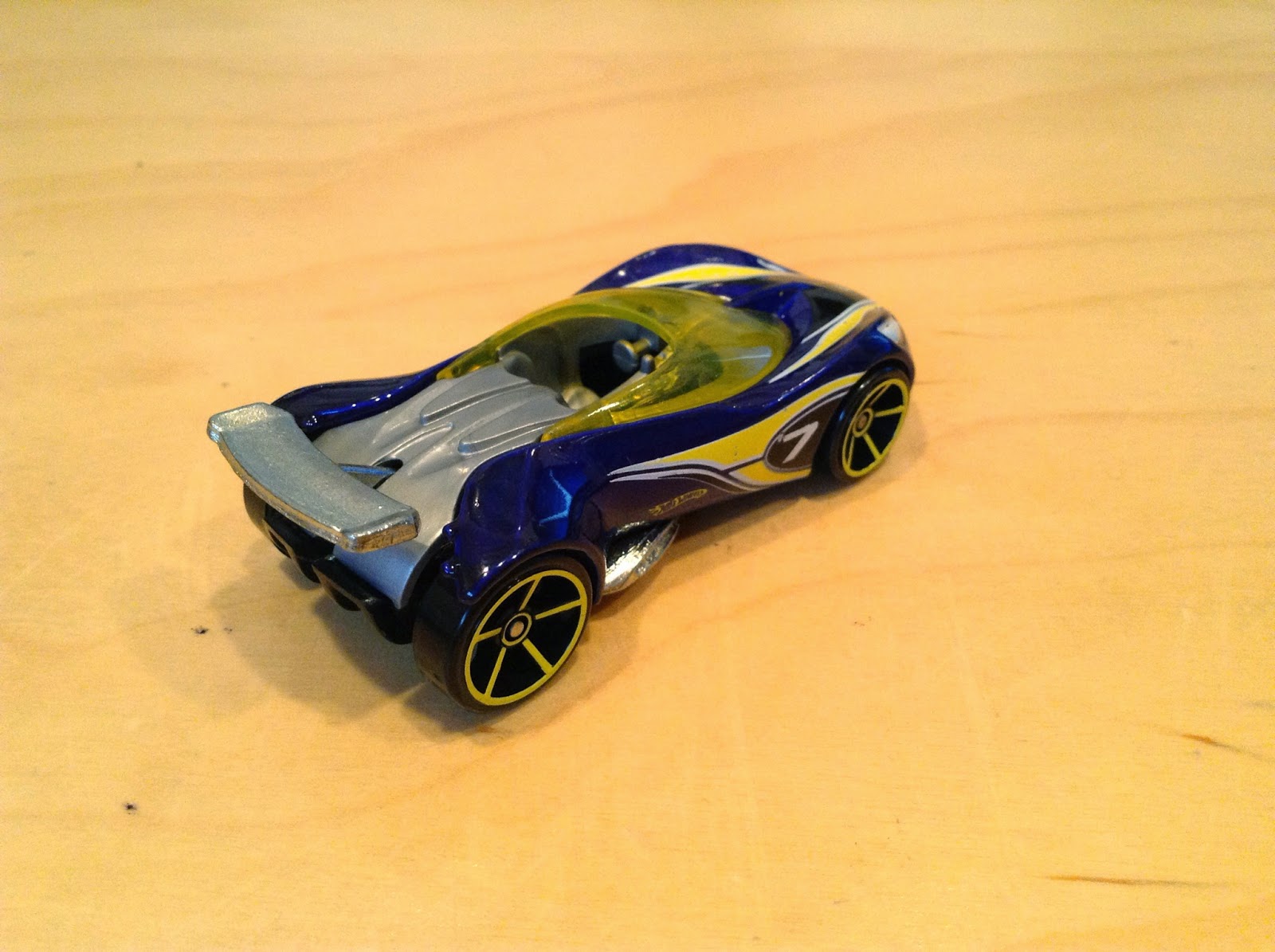 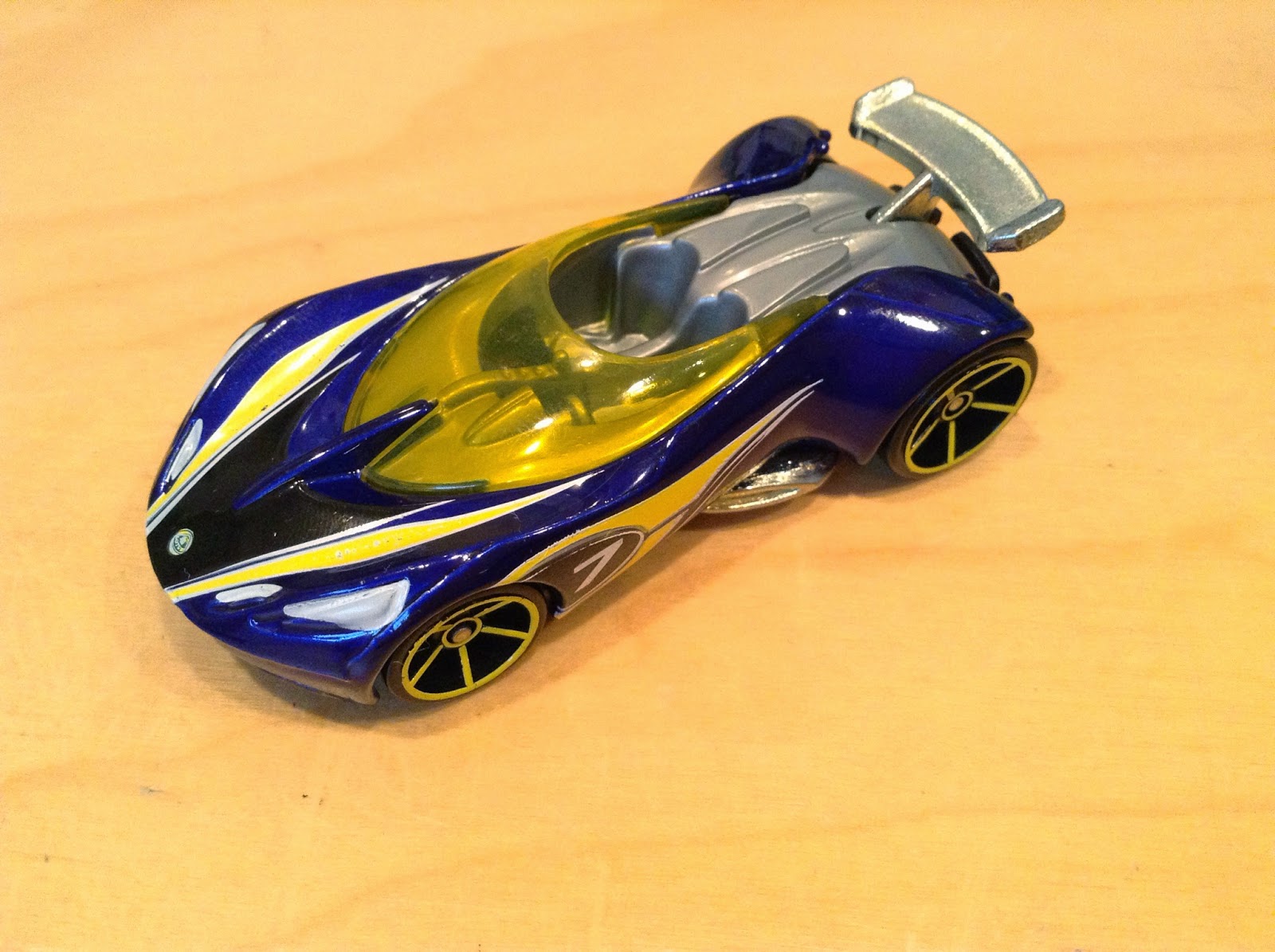 The other cars from the 3-pack: '10 Chevy Impala and '65 Mustang Fastback. 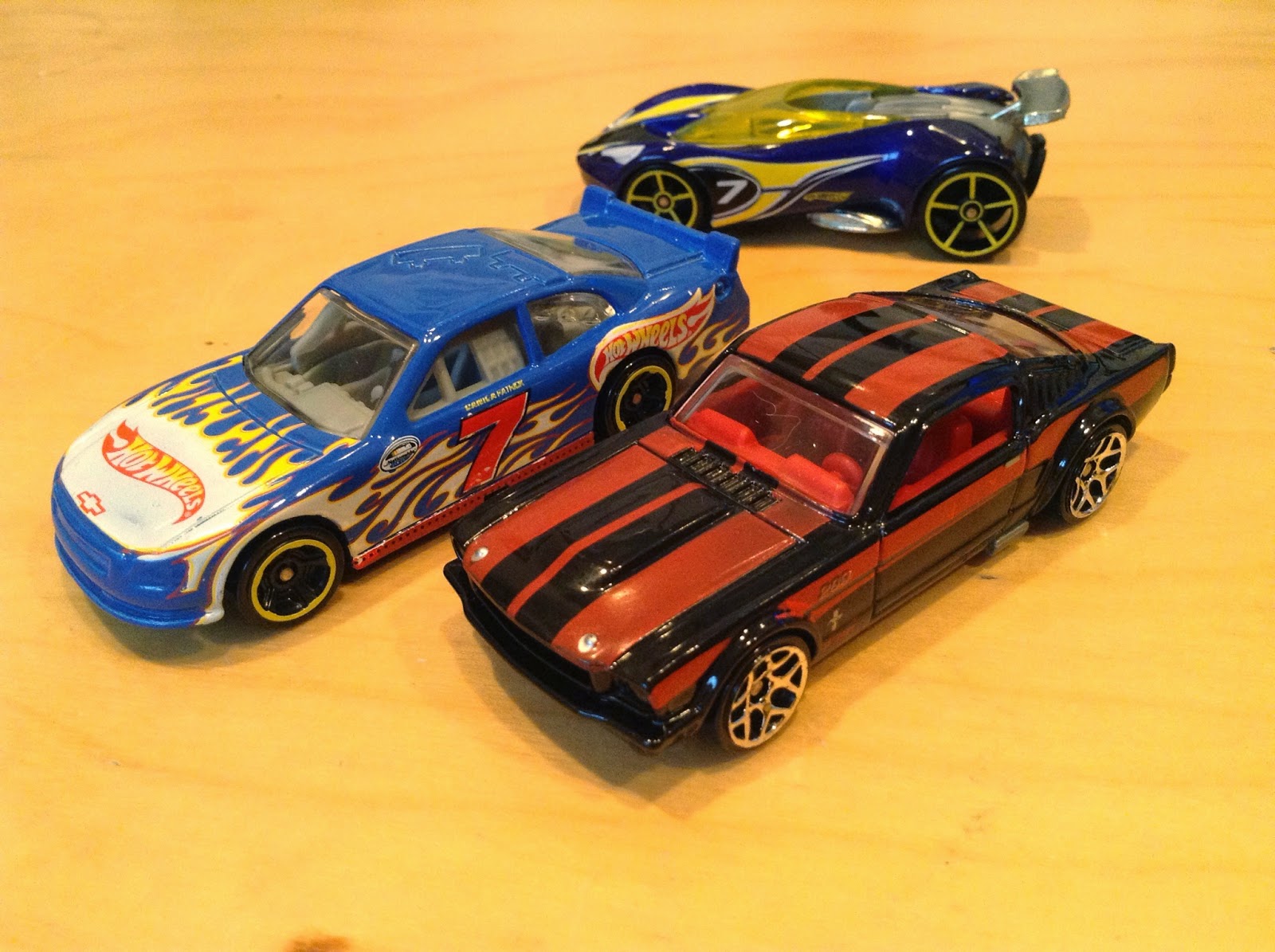 Posted by Julian's Hot Wheels Blog at 8:37 AM