Here are two Mustangs! The first one has the really long name of Mustang Boss 302 Laguna SECA and it came in silver with red accents. In my opinion, the paint job doesn't look as good as it could have been, especially with the red roof and red spoiler, it just looks off or weird to me. Also, there seems to have been an error with the rear end of it, being splattered with red paint (as seen in pictures), but that part doesn't seem to bother me too much. The other car is a Custom '12 Mustang, and I am guessing that Hot Wheels put a soccer paint job on it to celebrate the upcoming World Cup. I am not a soccer fan but I did like the design of it with the white, black, and gold stripes and stars on the red paint. So there you go, two fast looking Mustangs! 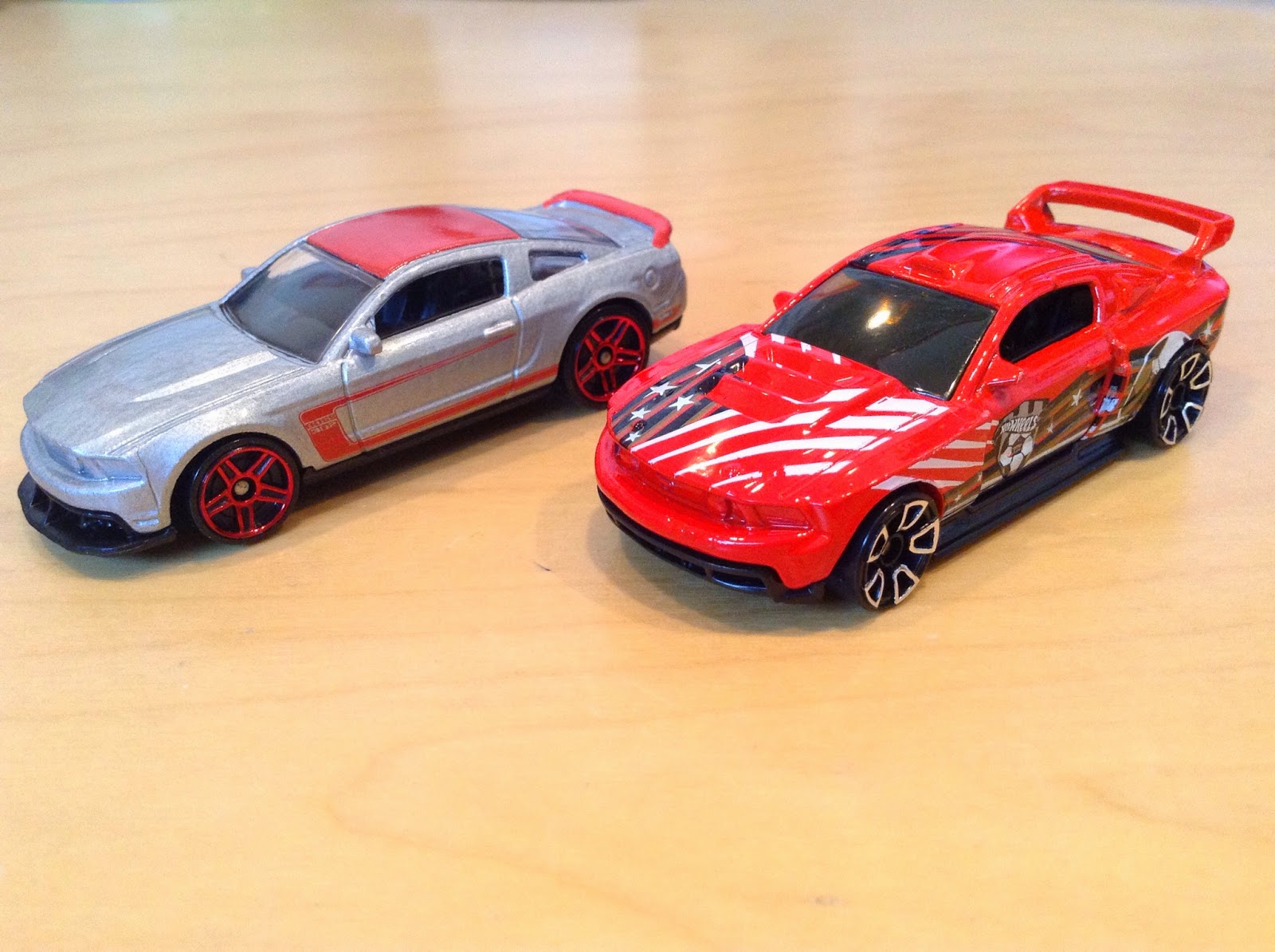 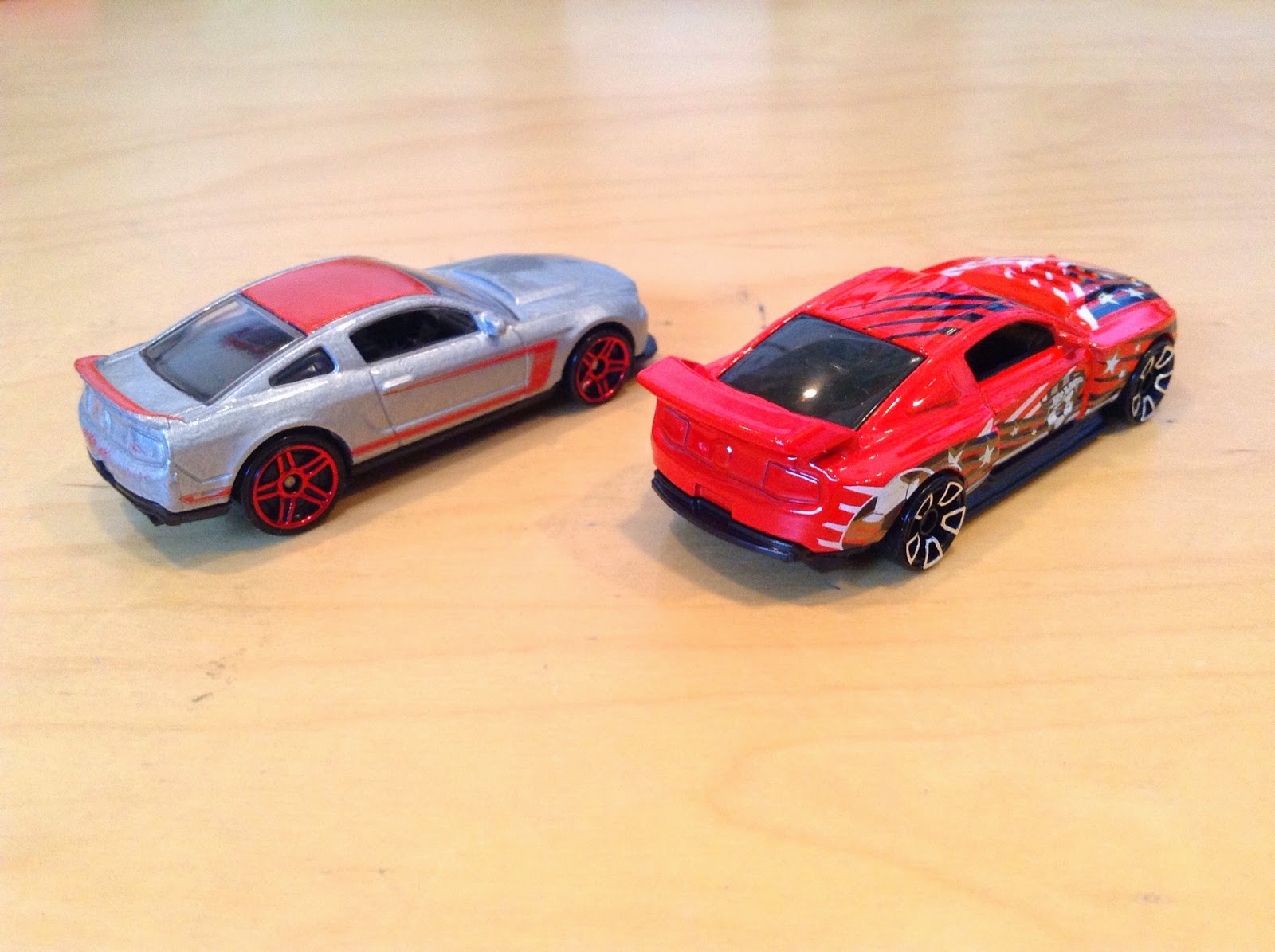 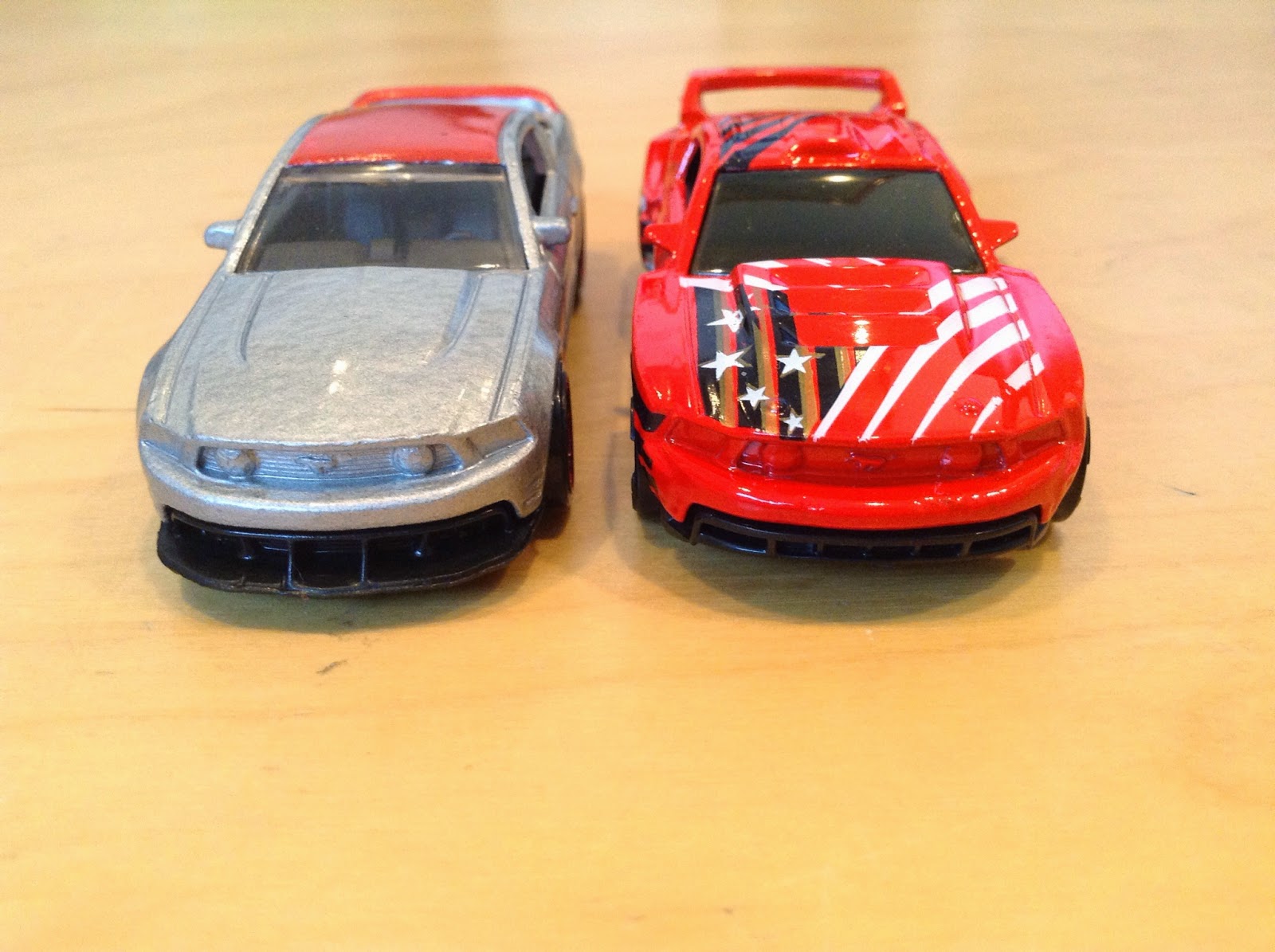 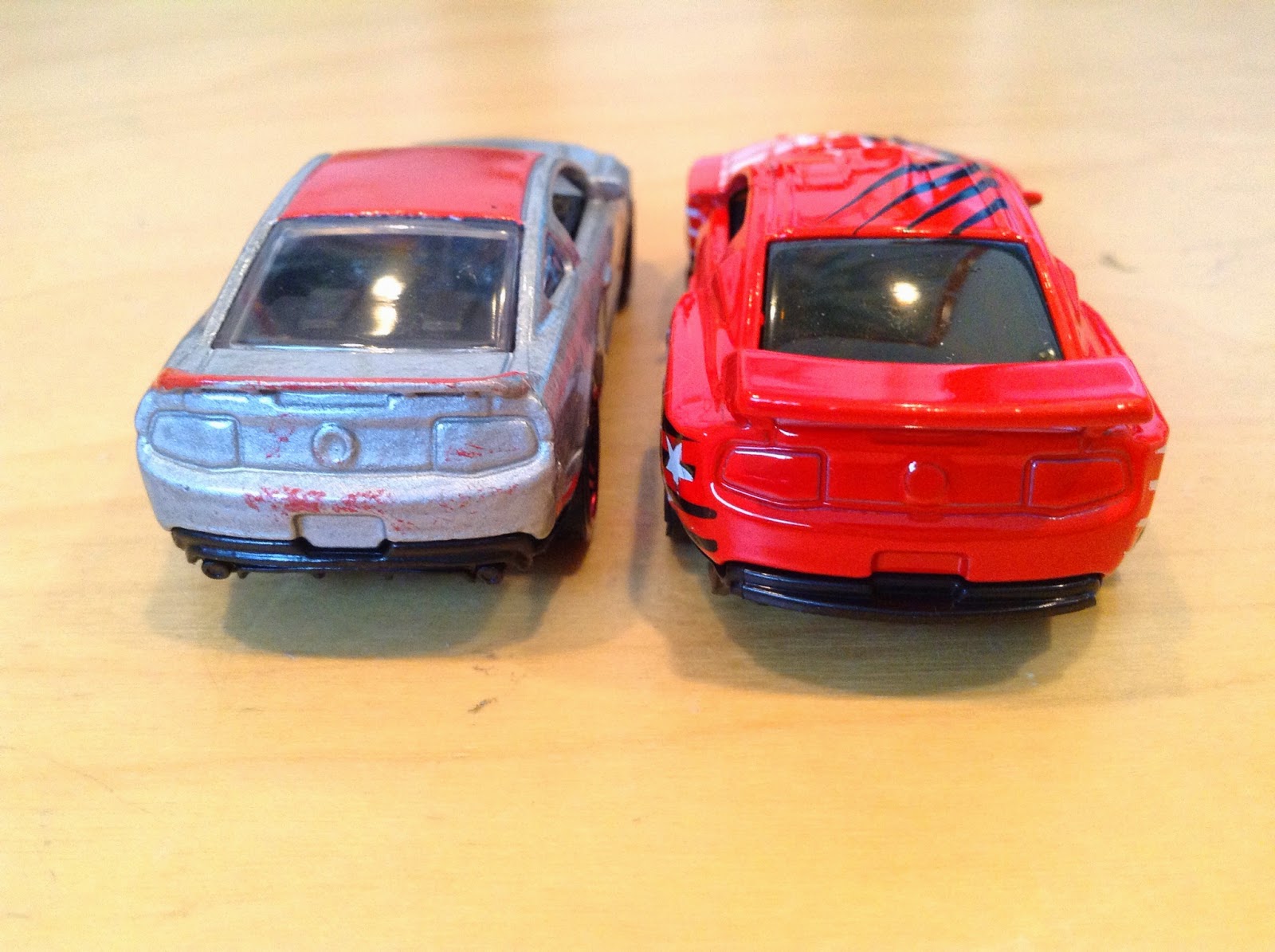 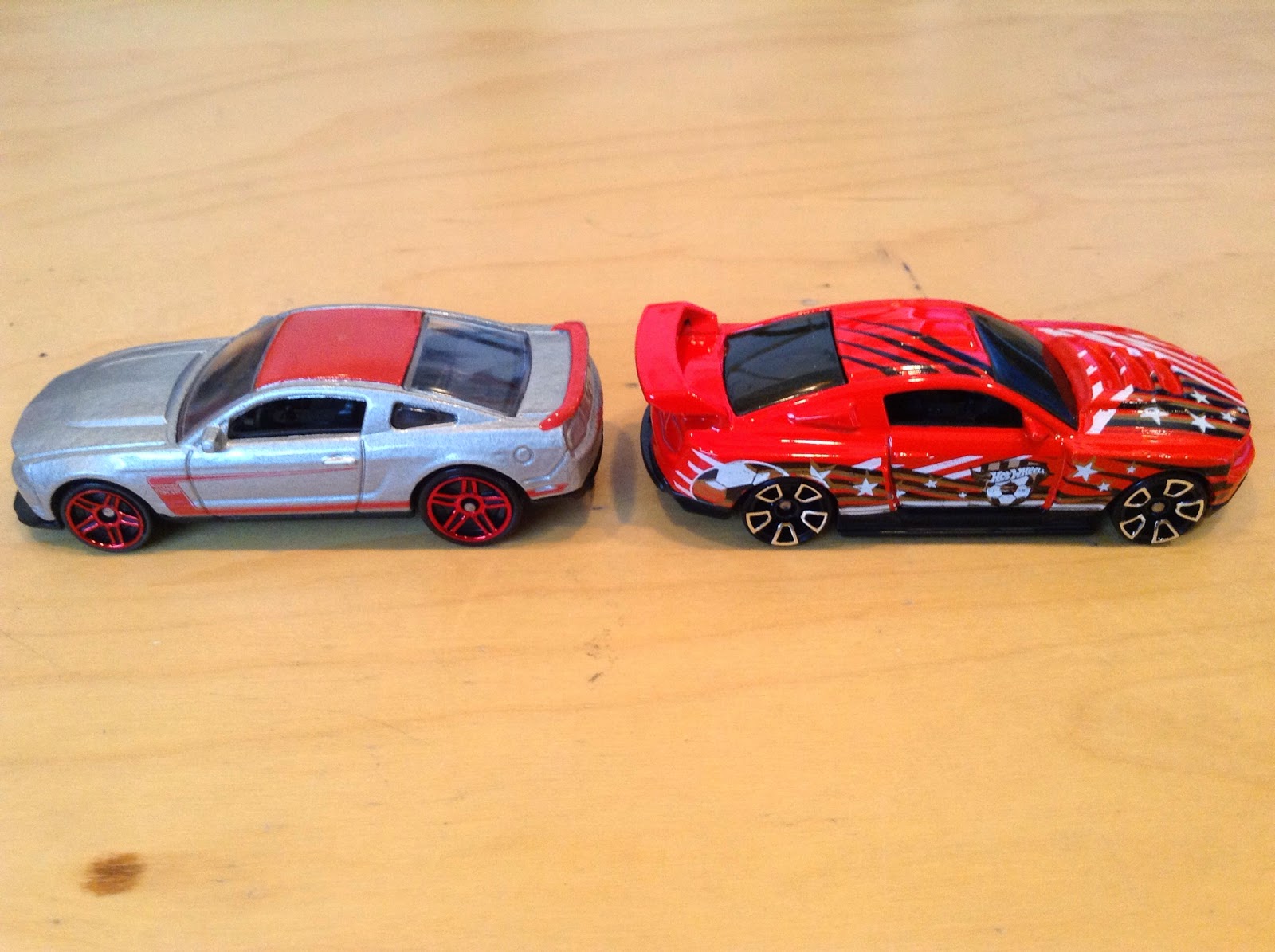 Edit: Turns out that the Soccer Mustang is representing USA for the World Cup, pretty cool!
Posted by Julian's Hot Wheels Blog at 12:45 PM