I was able to obtain this beauty for a fantastic price off of eBay, it's the 1969 Camaro convertible super treasure hunt from 2013! It's based off of the actual GM production model and although this Camaro has been around since the late '60s, the Hot Wheels die-cast version of it wasn't released until 2006. Then it wasn't even until 2007 that the nonconvertible version was released. But hey, better late than never! 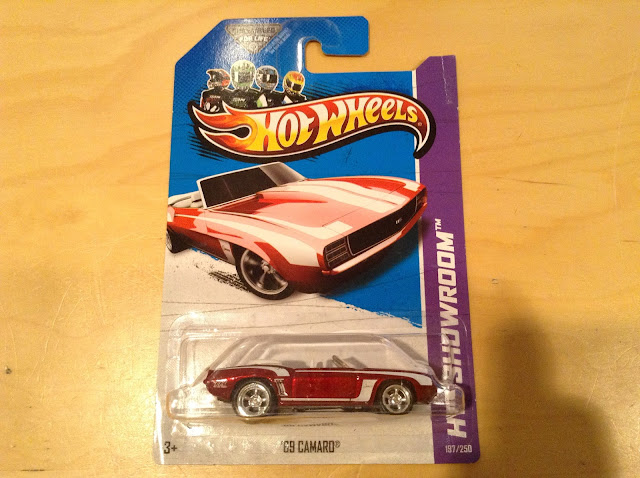 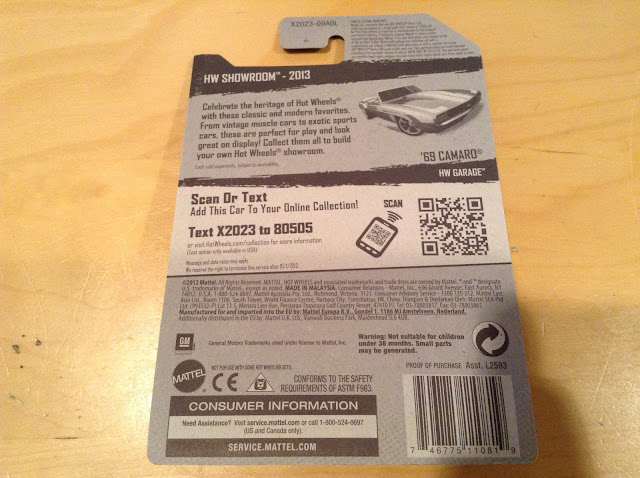 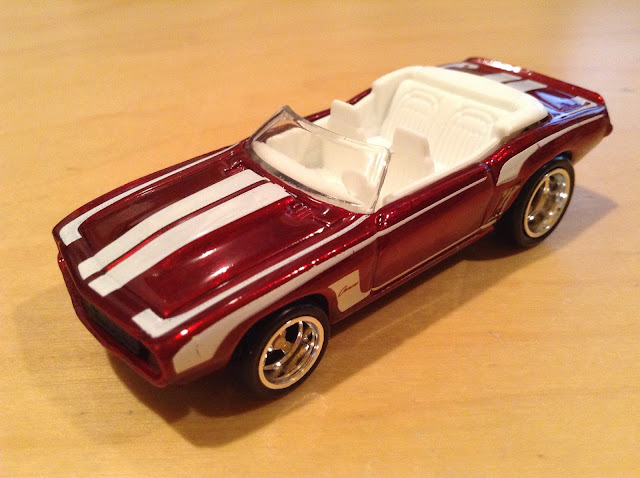 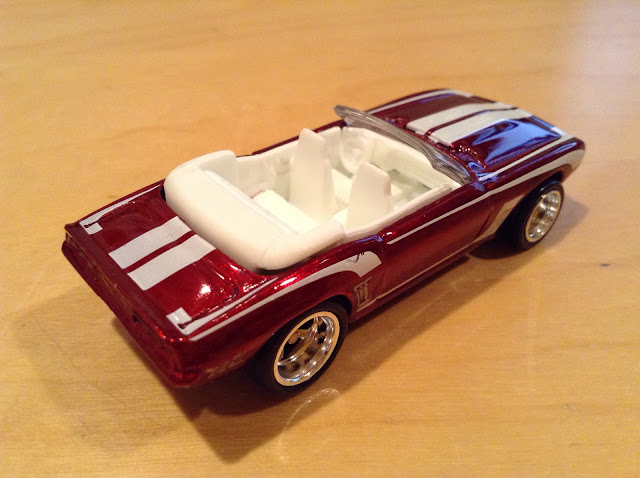 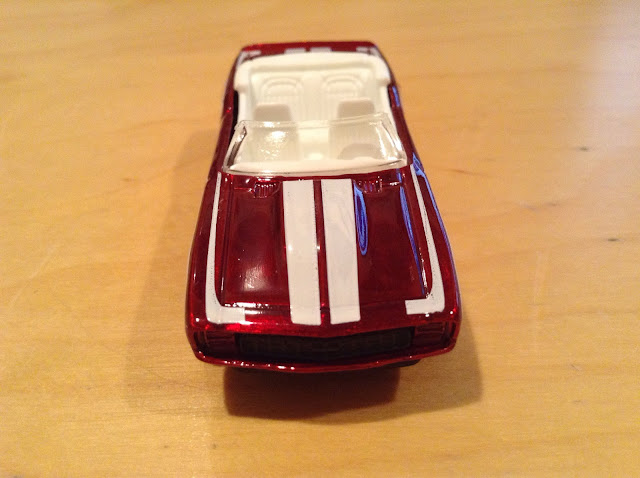 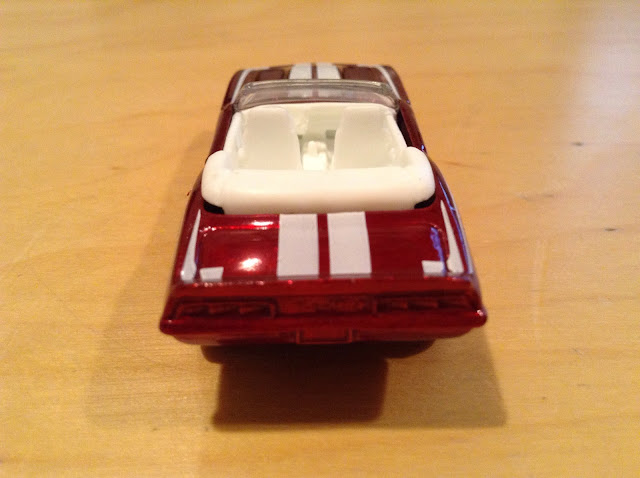 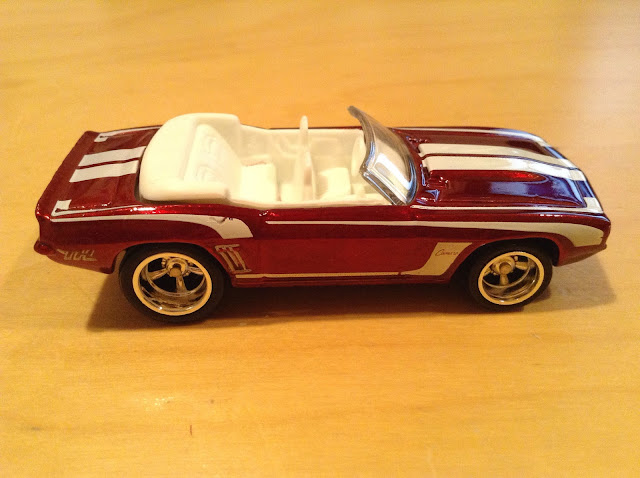 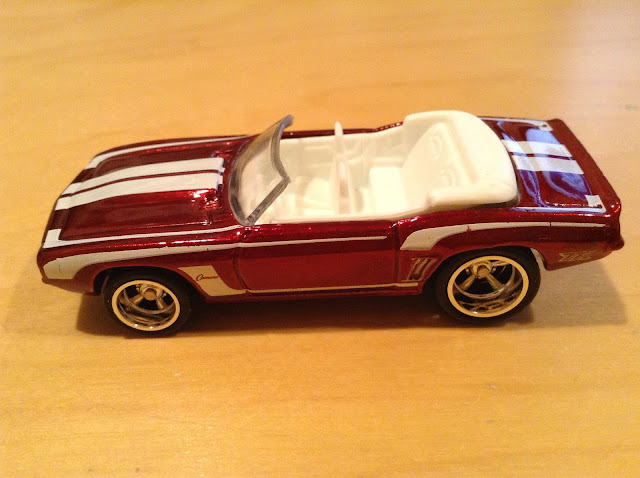 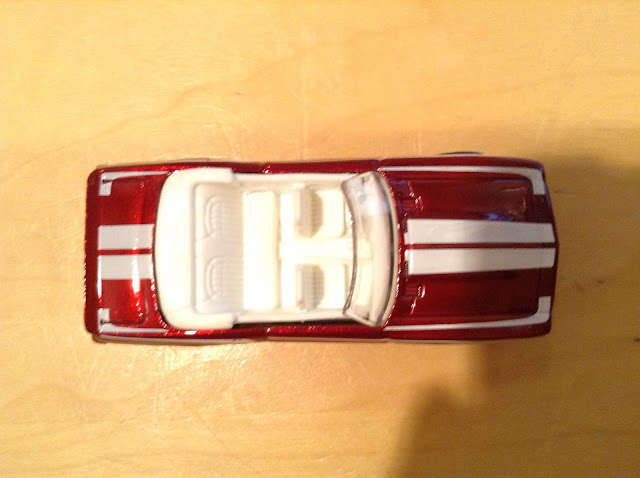 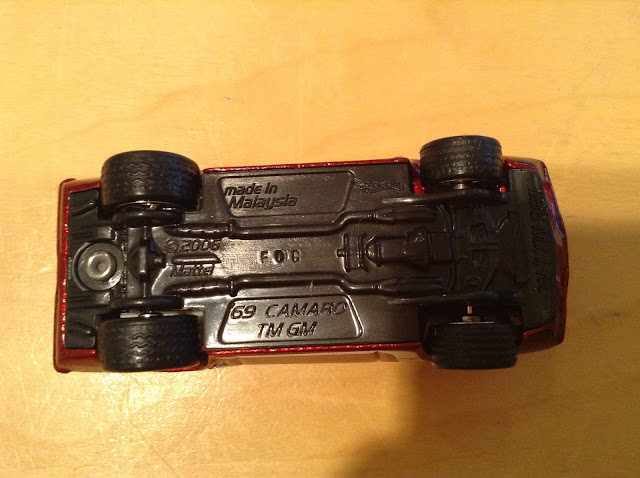 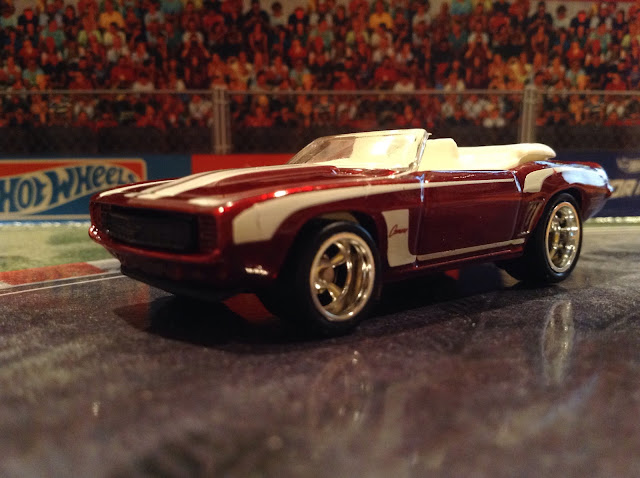 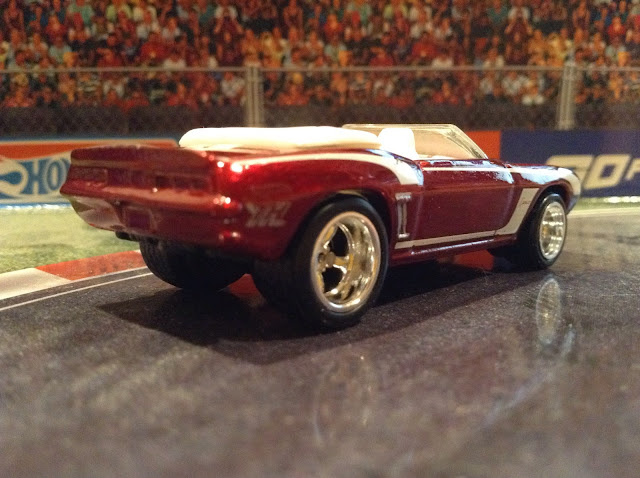 Comparison with the basic mainline version on the left. 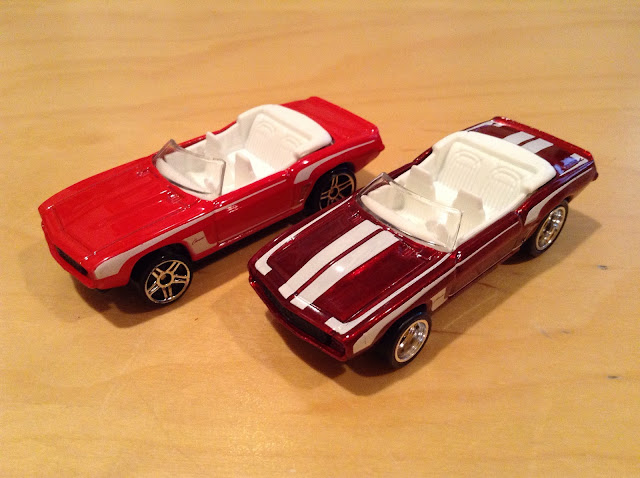 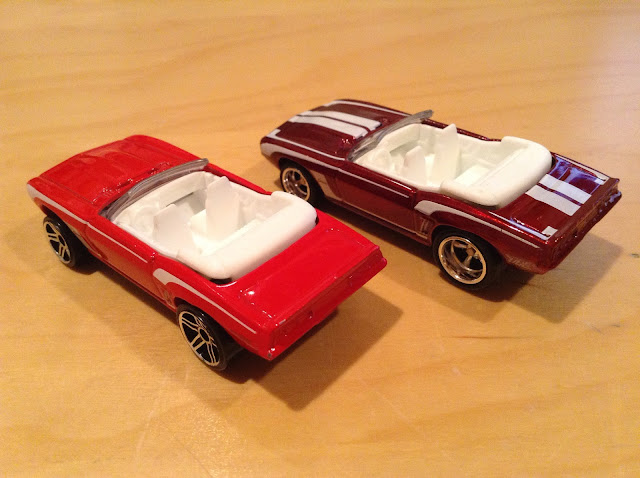 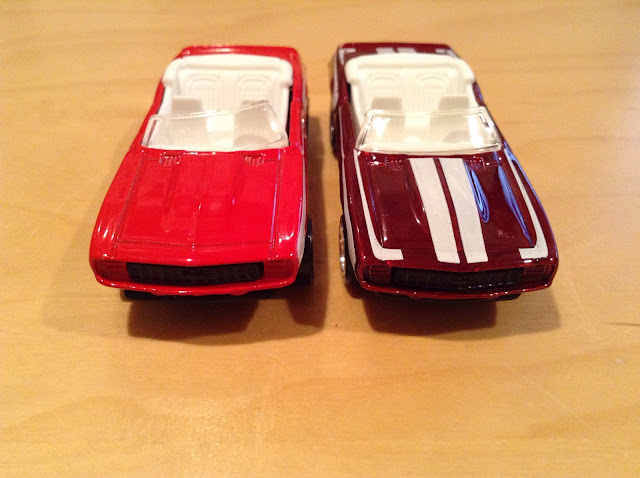 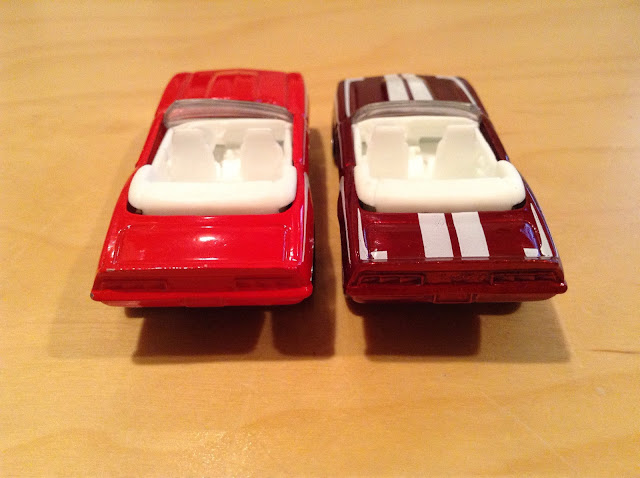 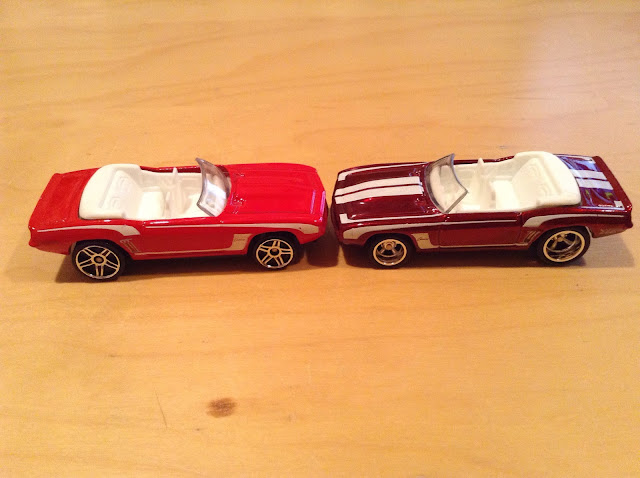 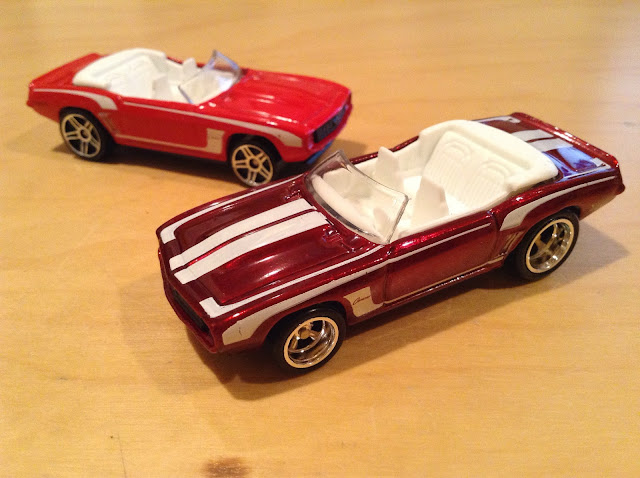