I apologize beforehand to any Marvel fans out there but I have no idea who Daredevil is. I'm not too into Comics or super hero stuff in general, but I did like this casting, which is why I picked it up! So here is the 1967 Ford Bronco Roadster! It comes equipped with rubber tires along with a metal body and a metal base. It also has detailed headlights and taillights which is a nice plus. The tires also say Marvel Comics on it, how neat! 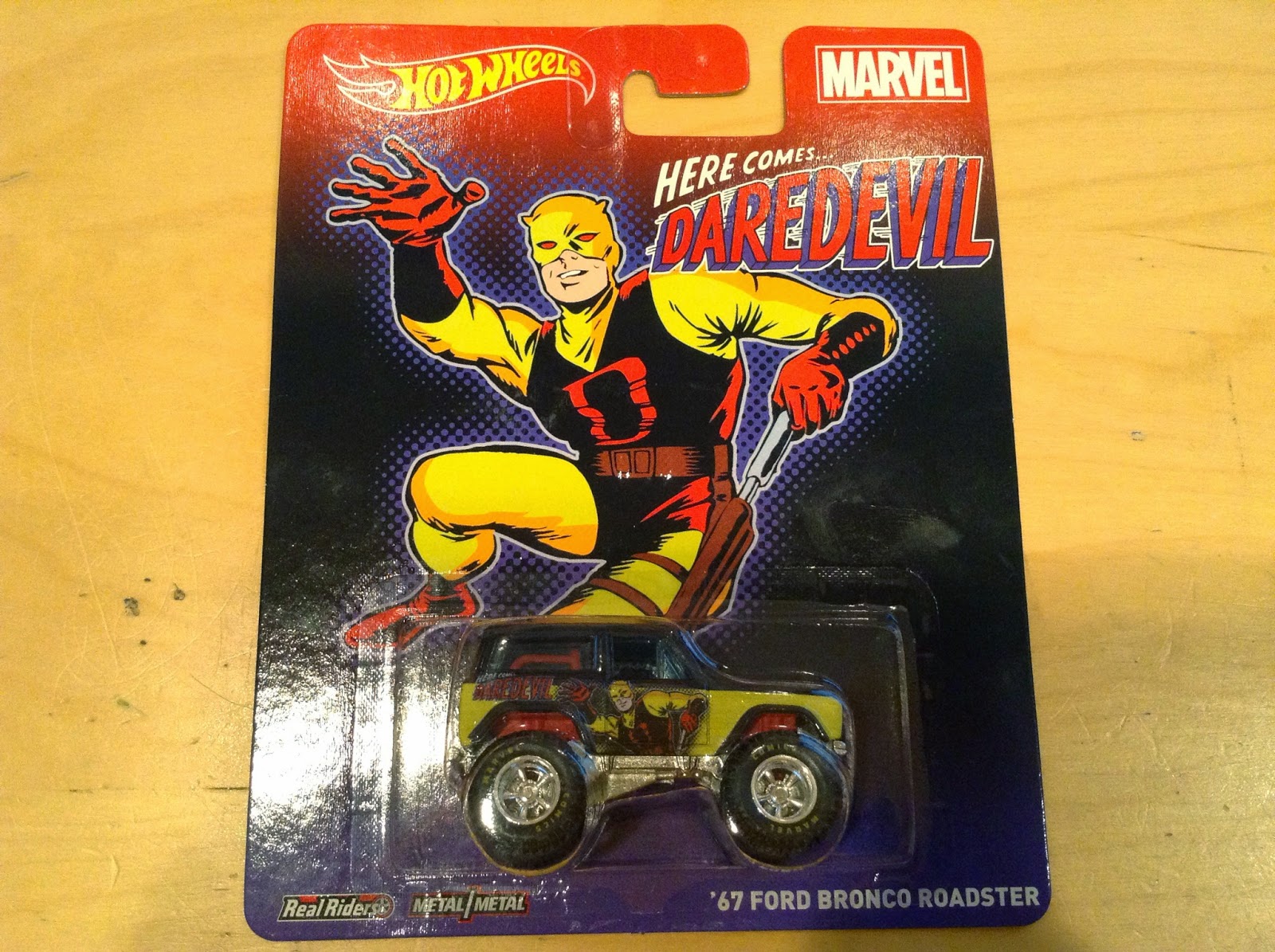 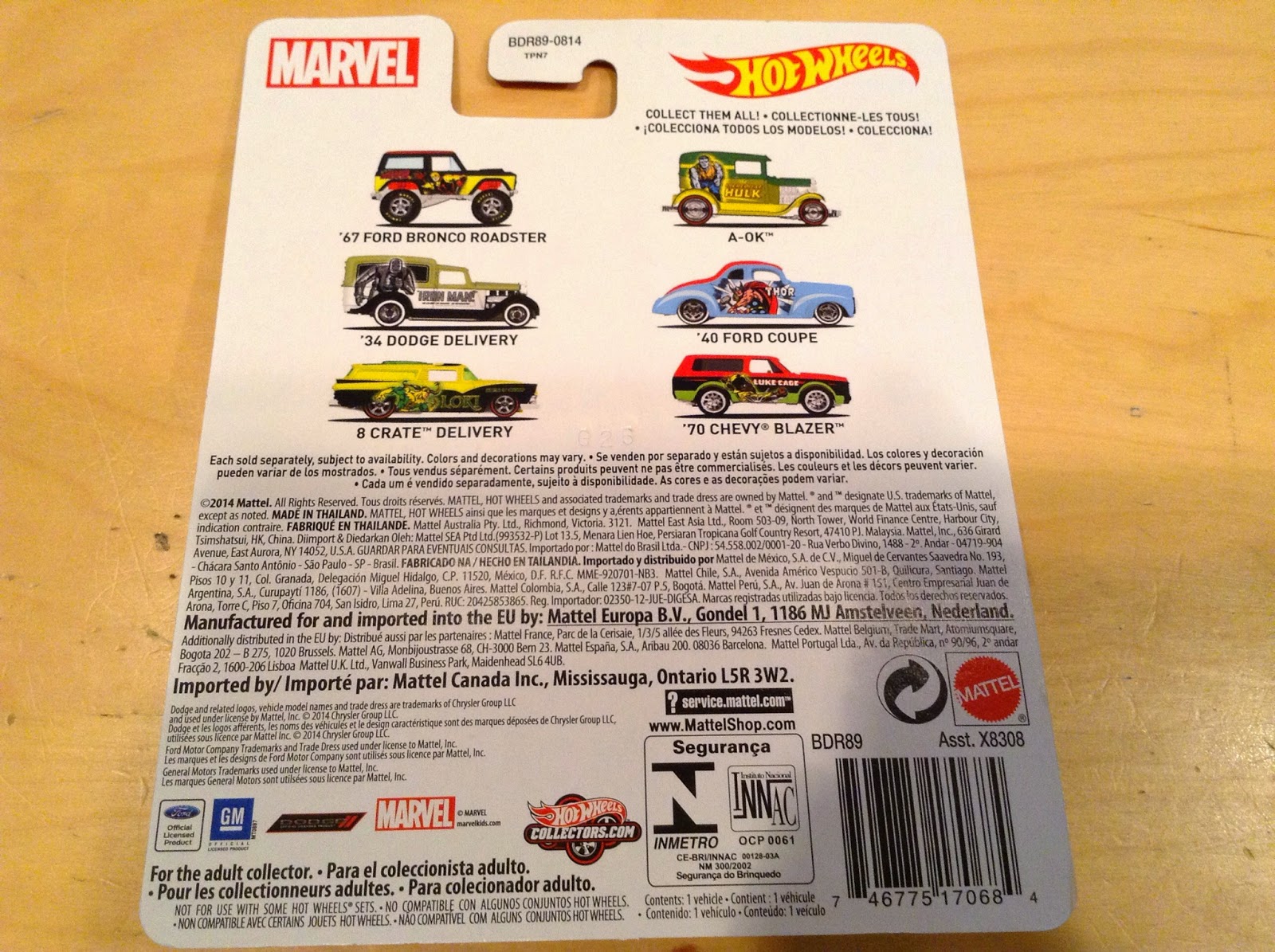 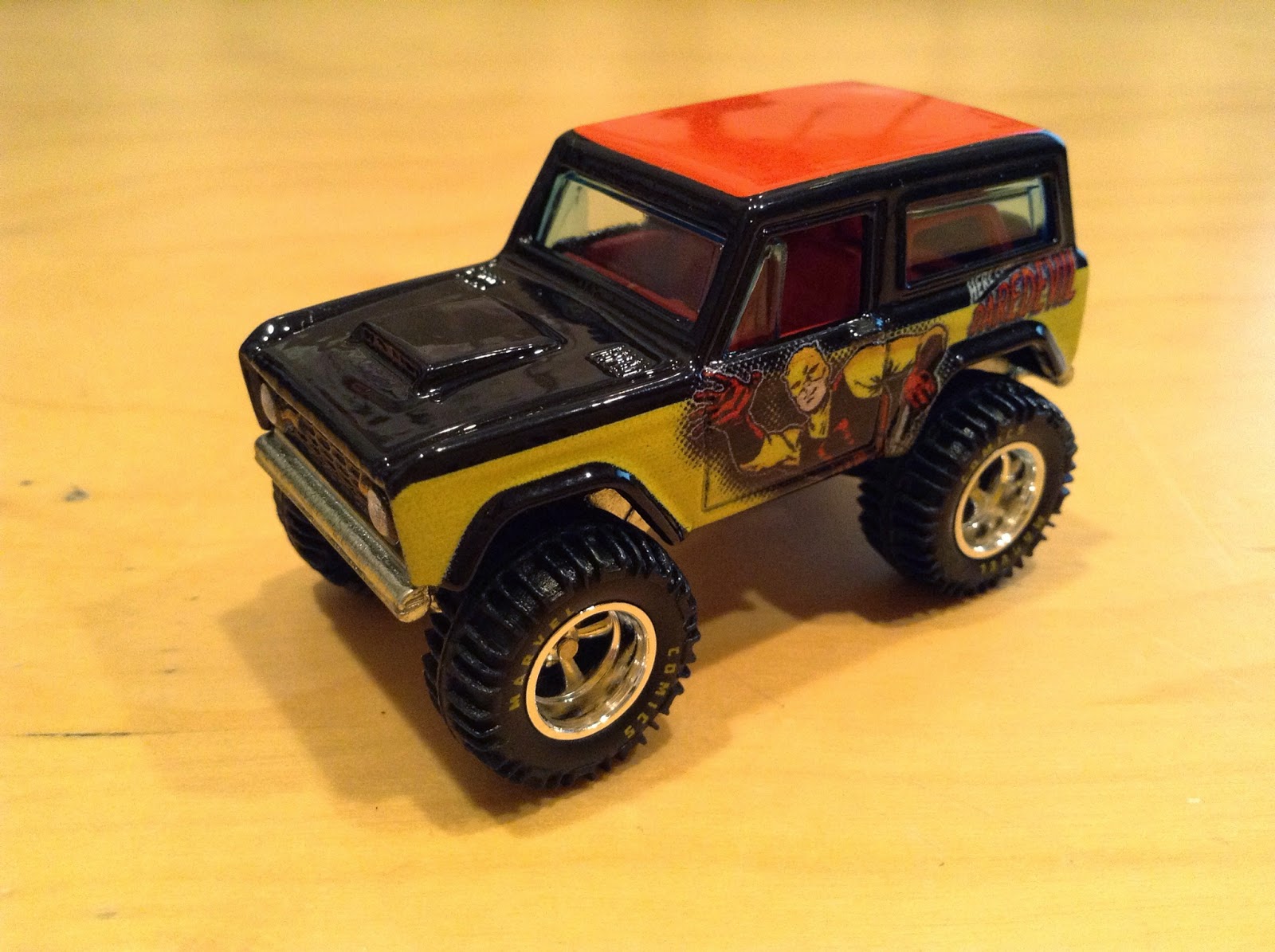 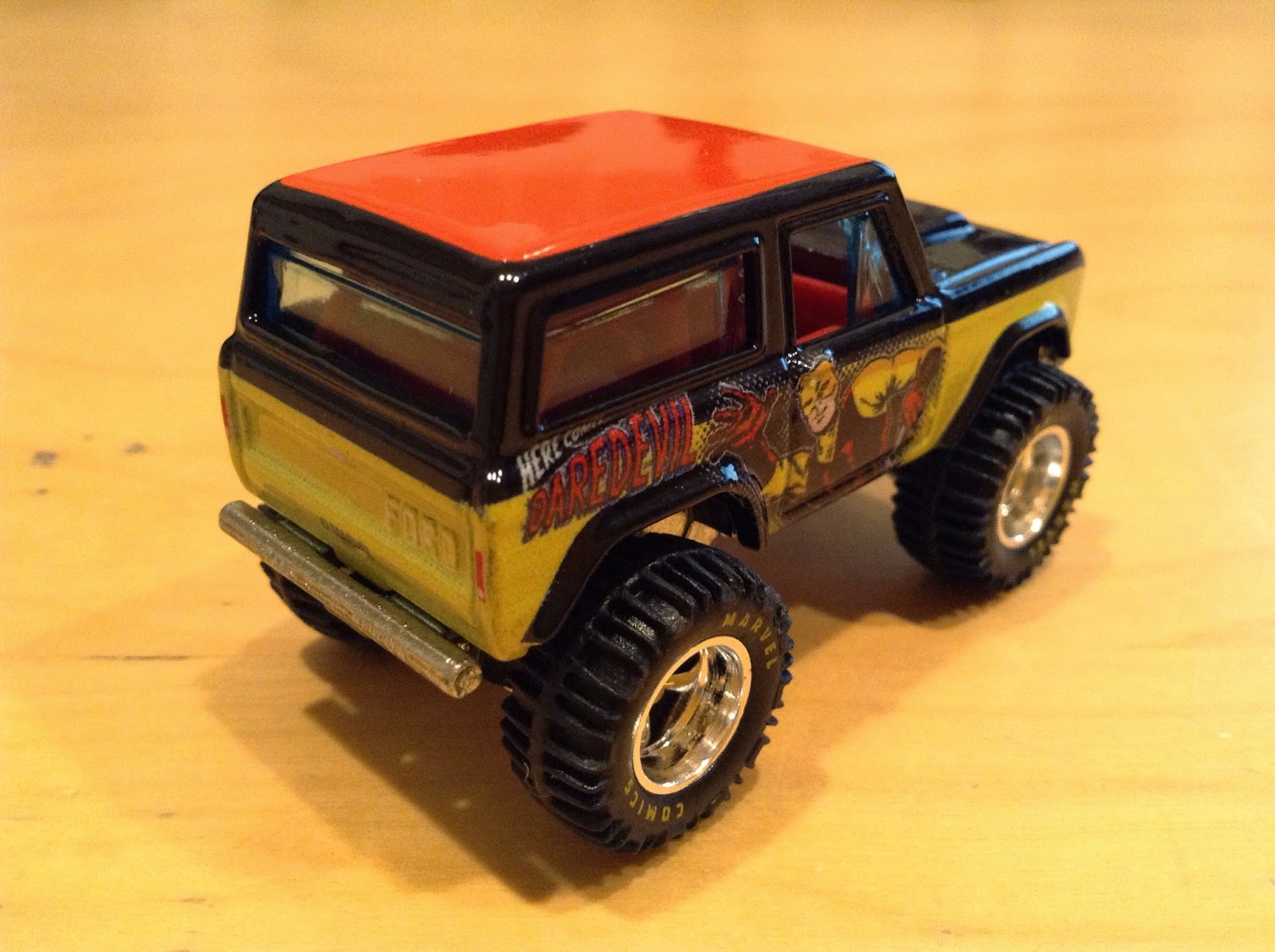 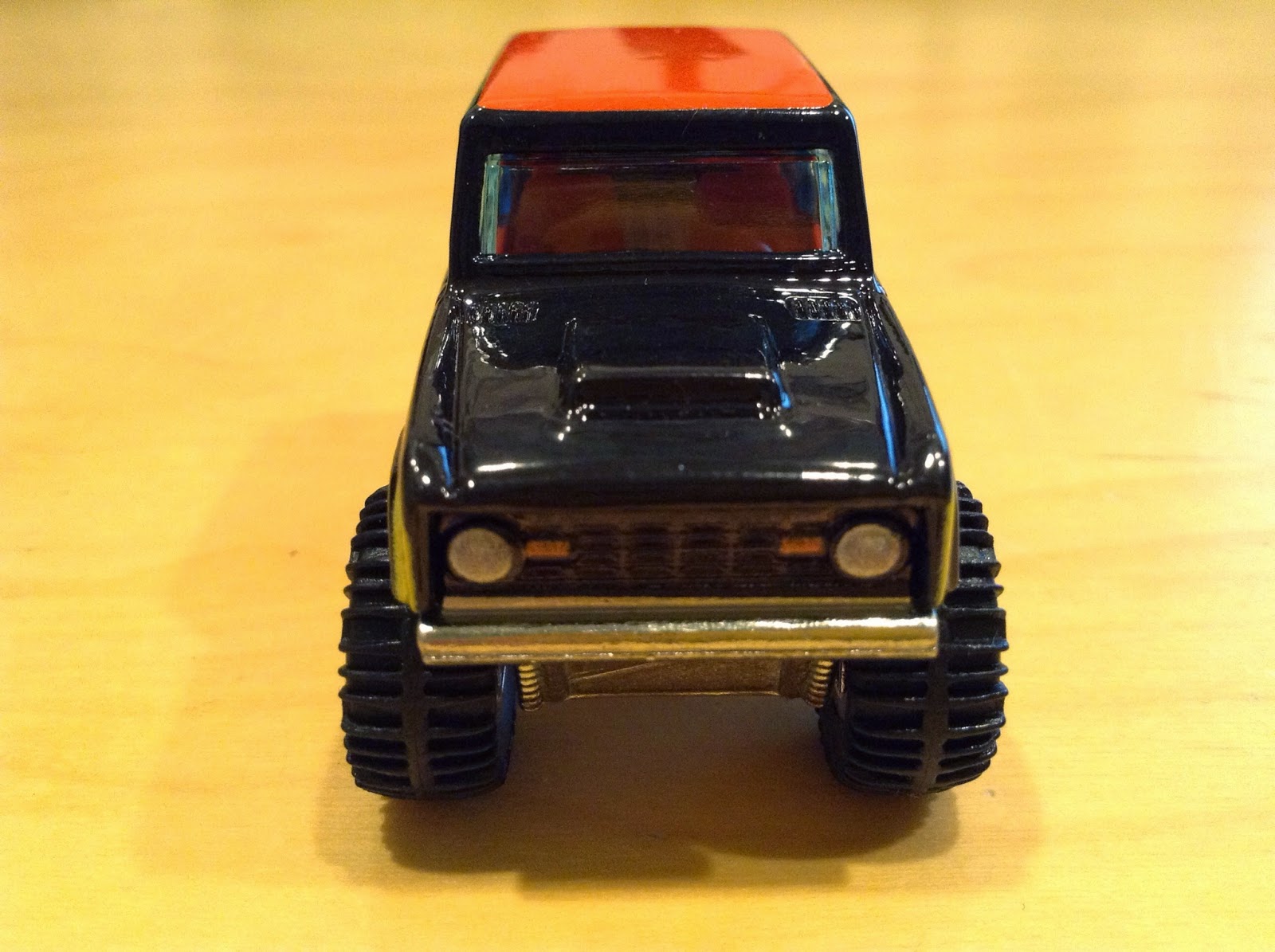 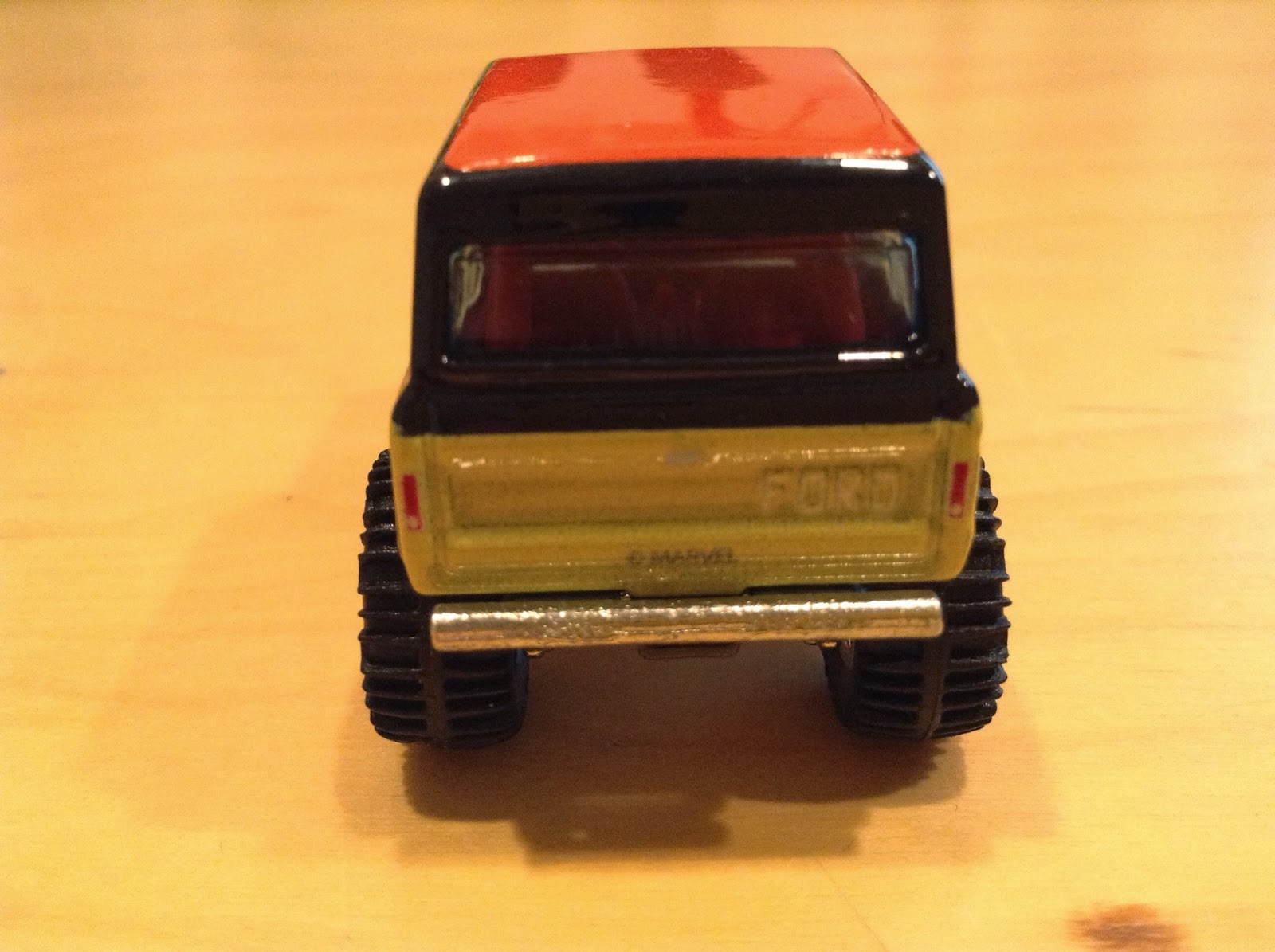 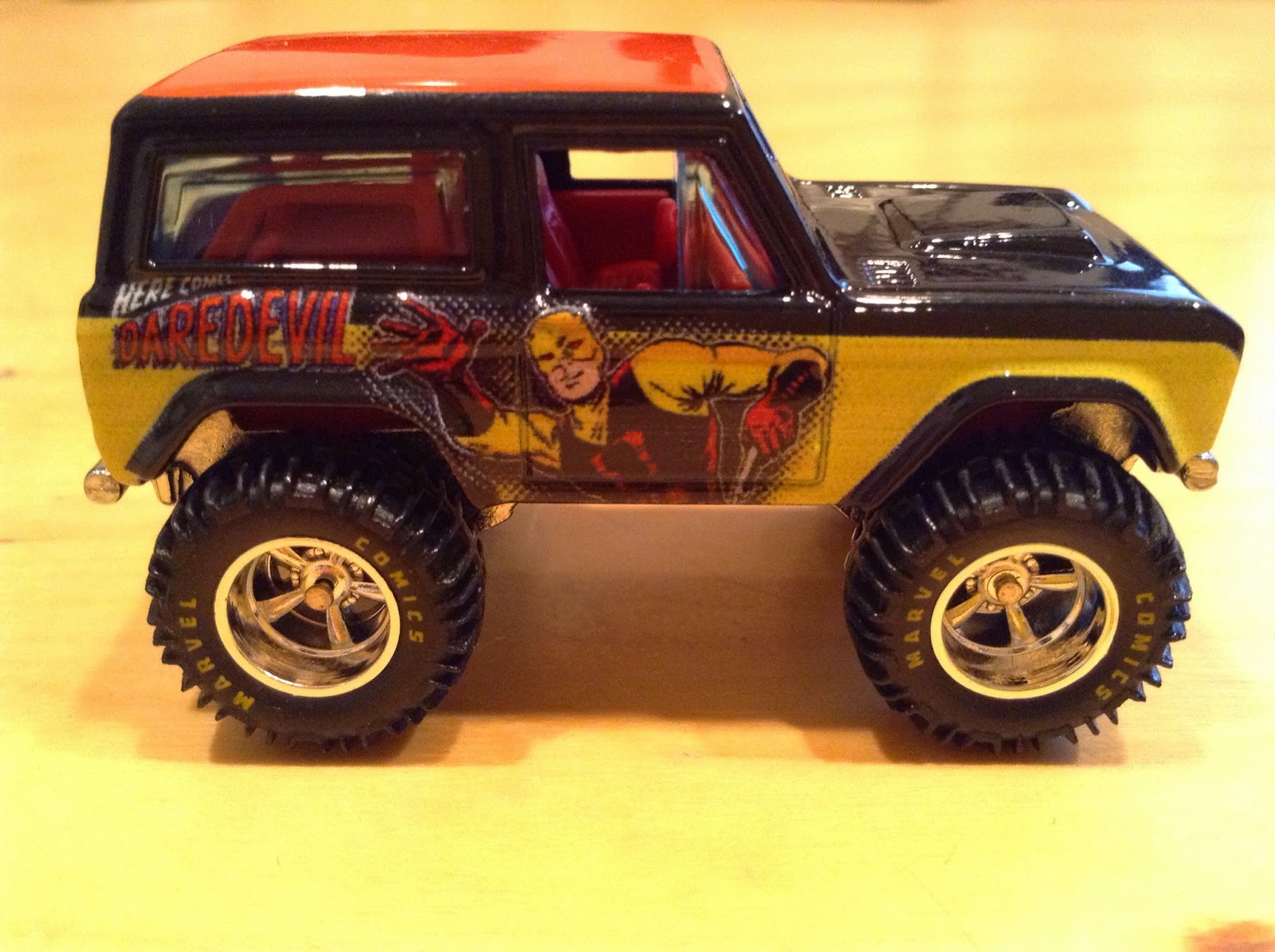 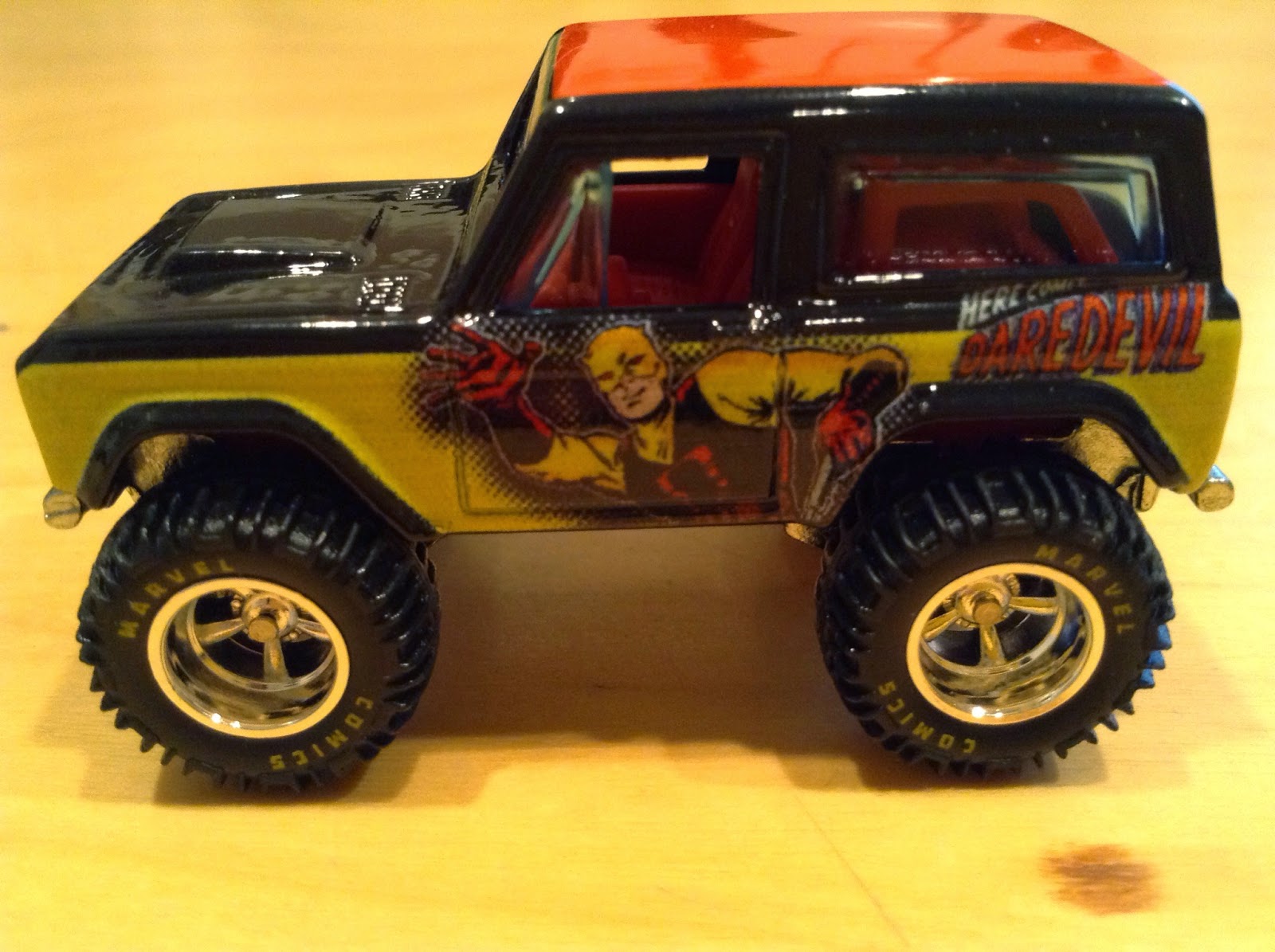 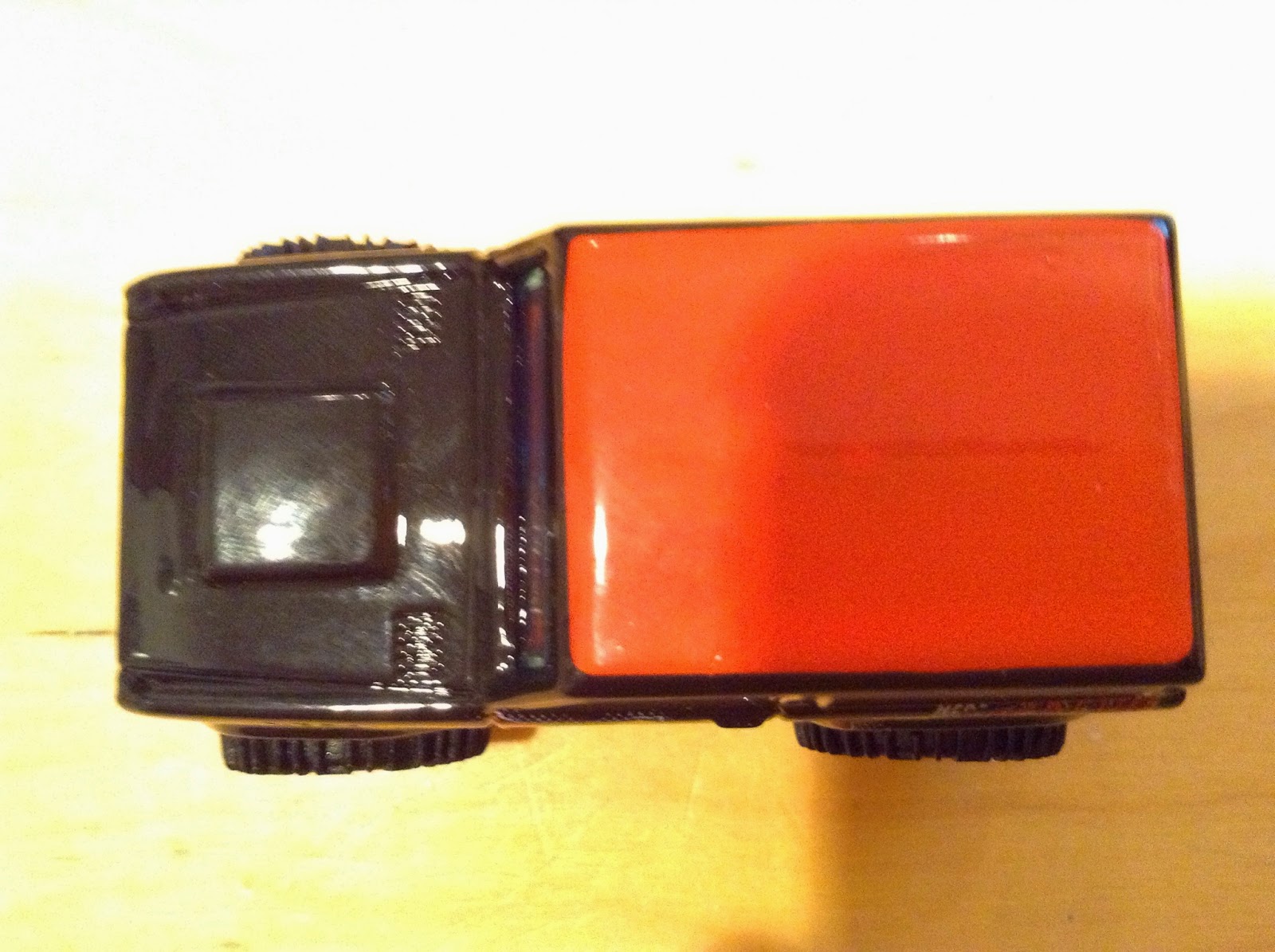 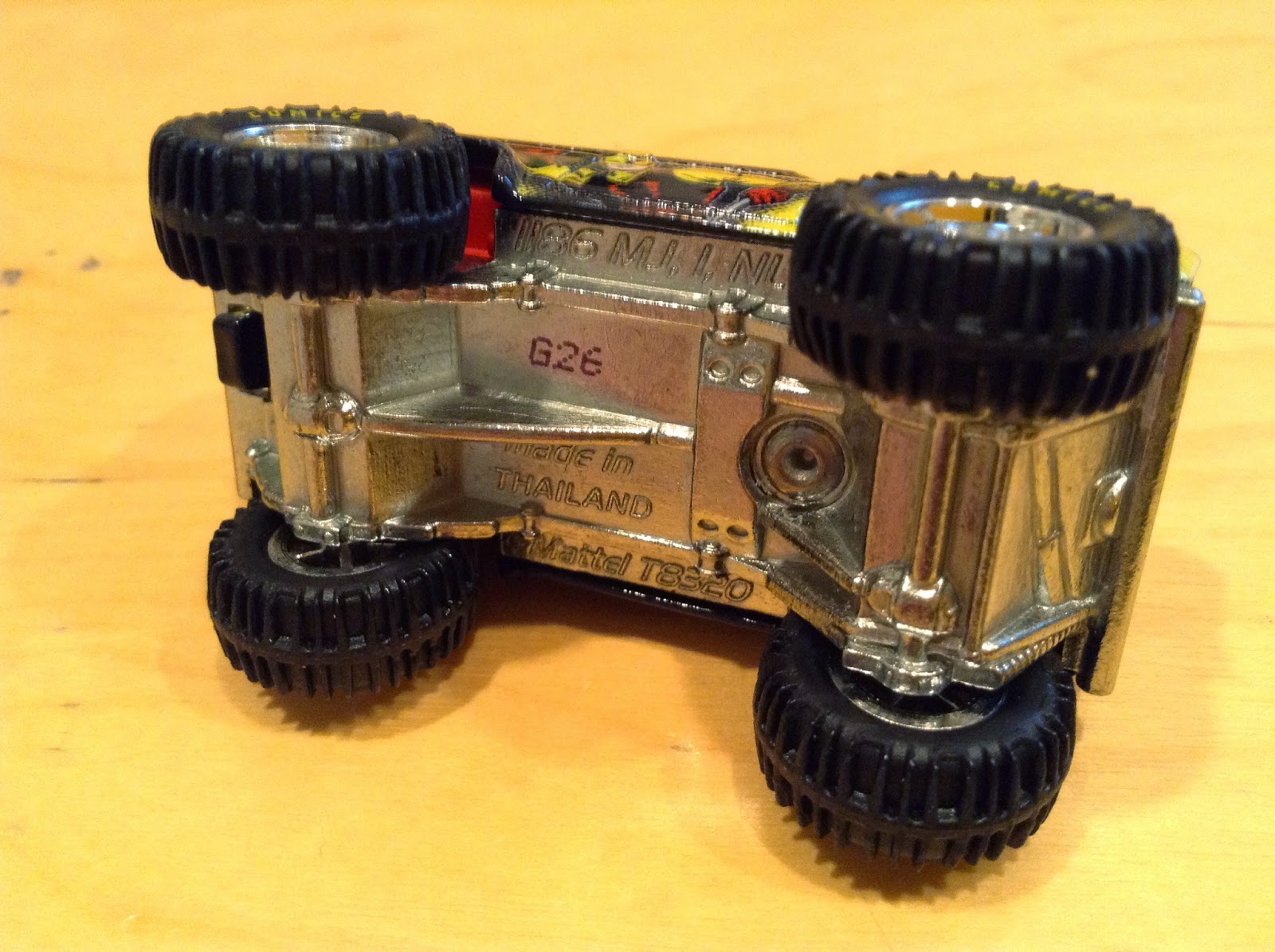 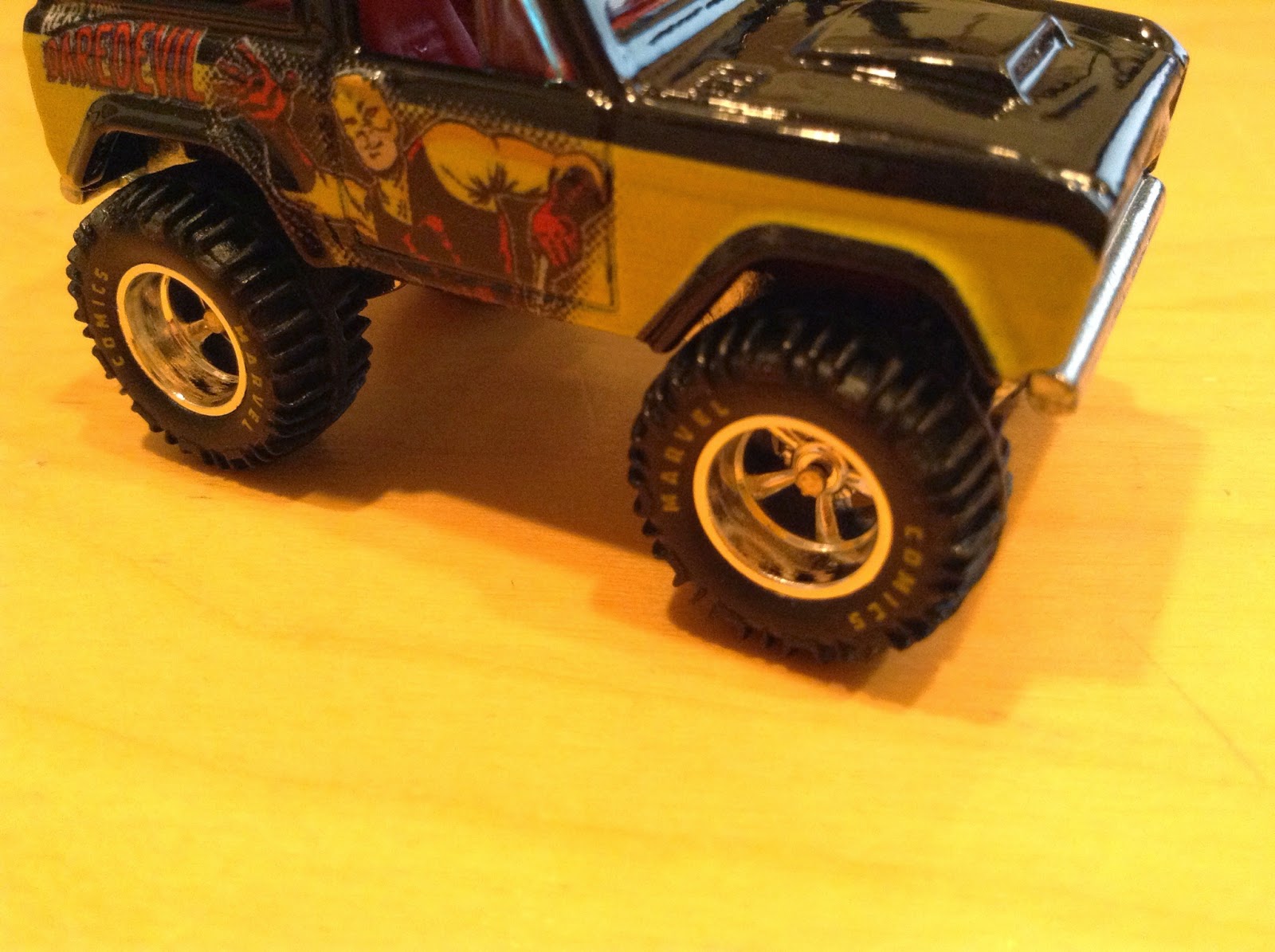 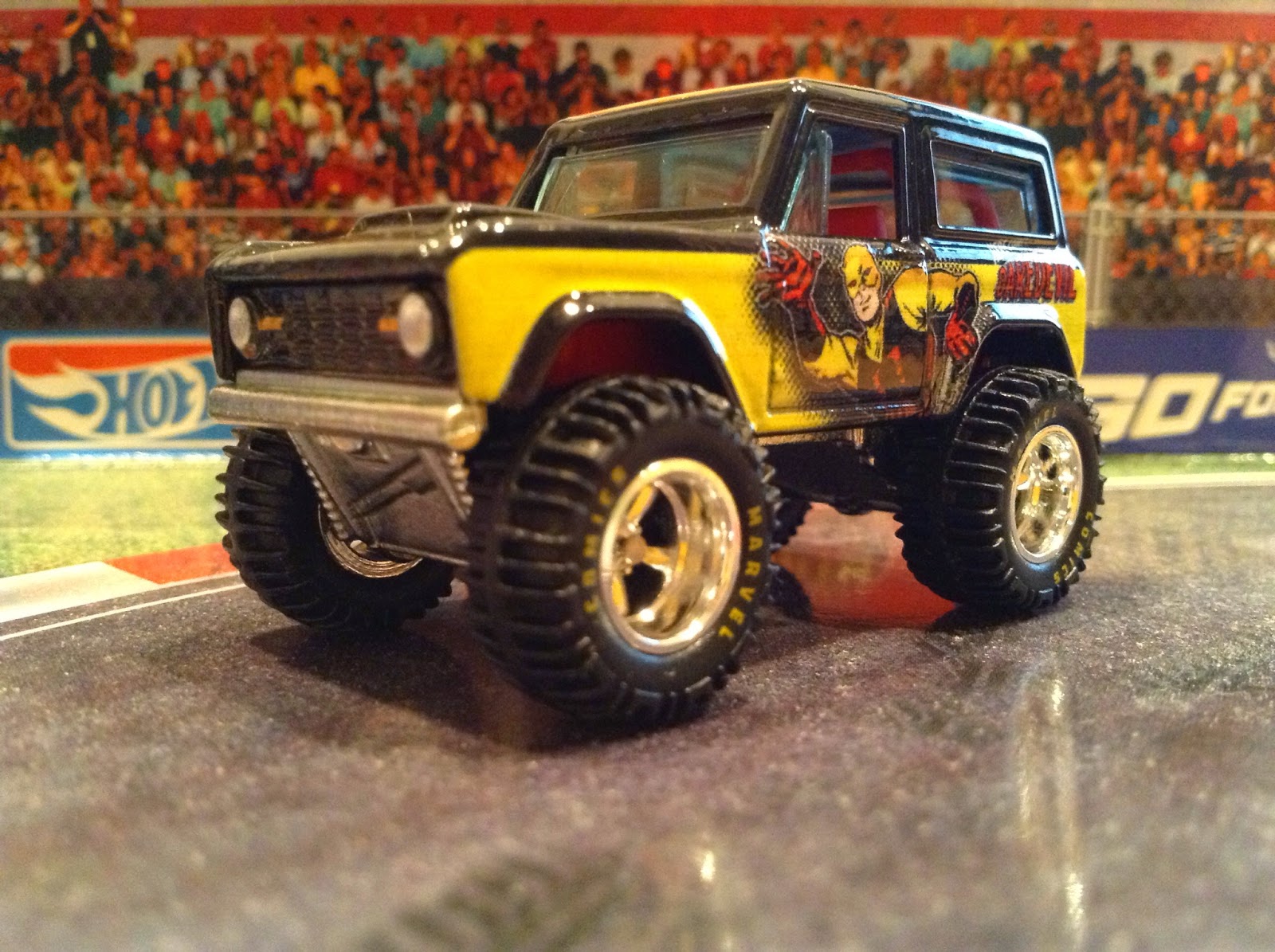 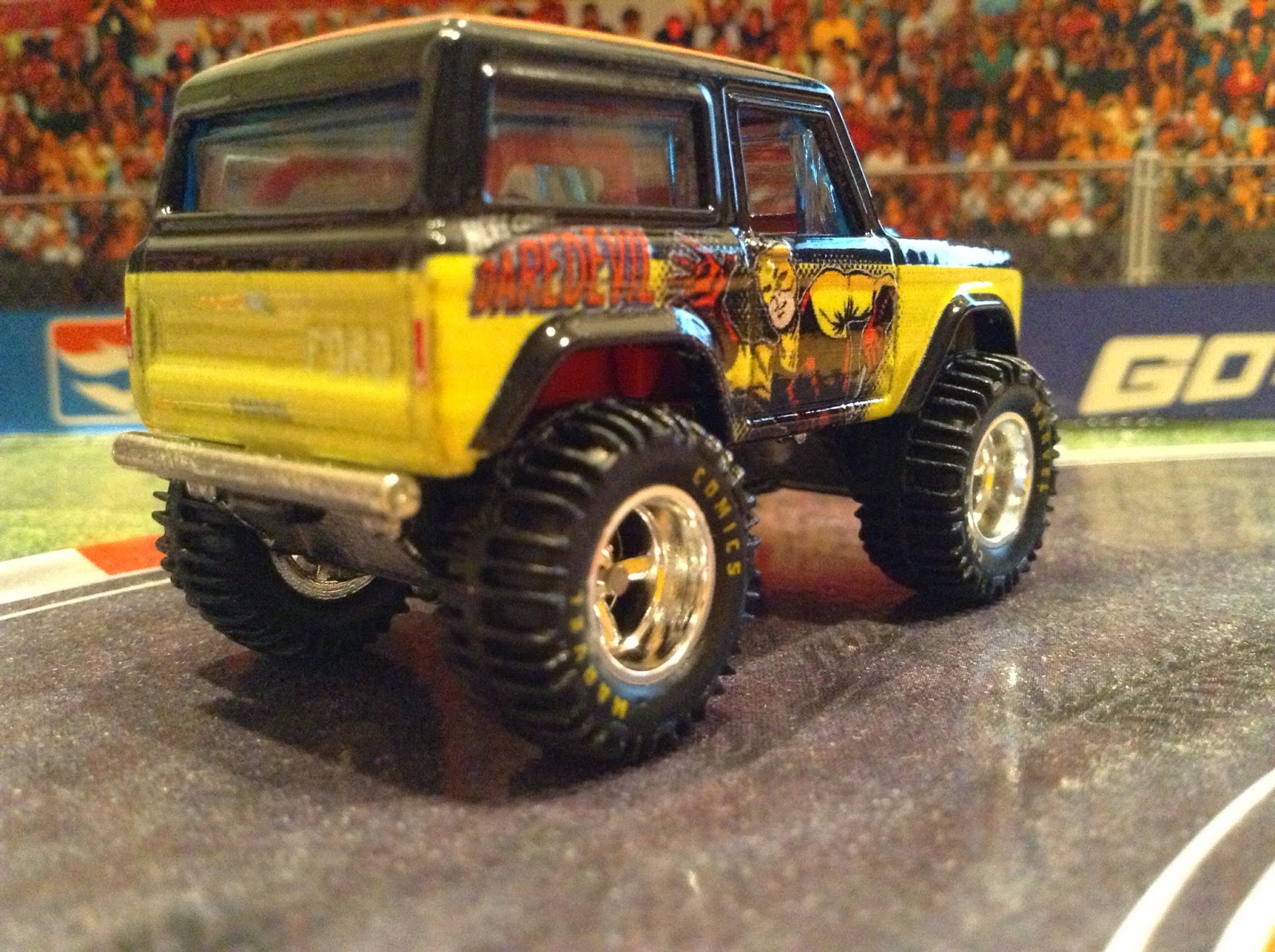 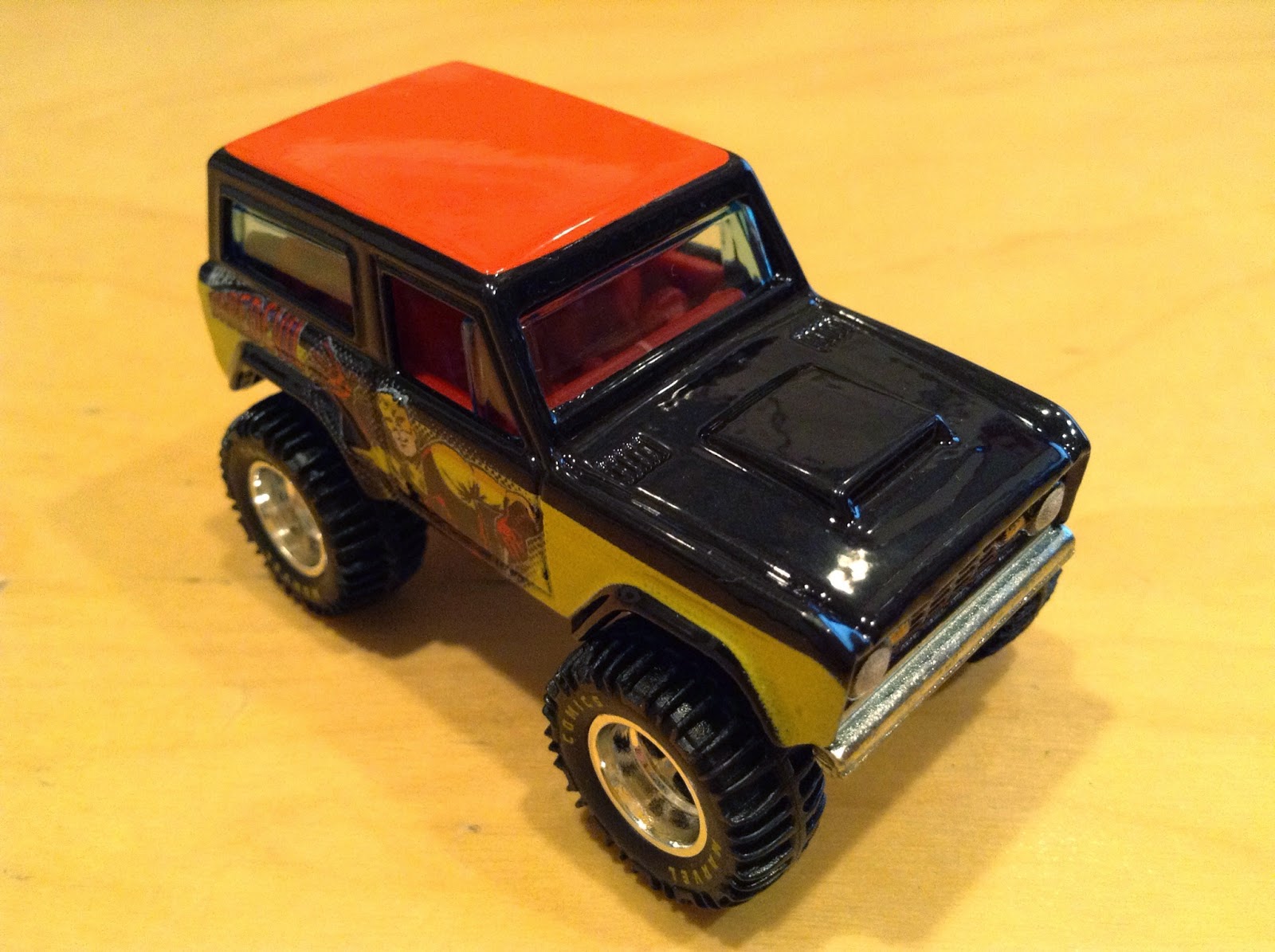