Bull Whip is a new casting for 2015, it looks pretty neat in white and brown! It's an interesting design and I could be wrong, but I believe it's based off of off-road racers, not quite sure though. The other car is the Cockney Cab II and it looks pretty awesome in British colors. In fact, that's the main reason why I got it, it just looks visually pleasing to me! 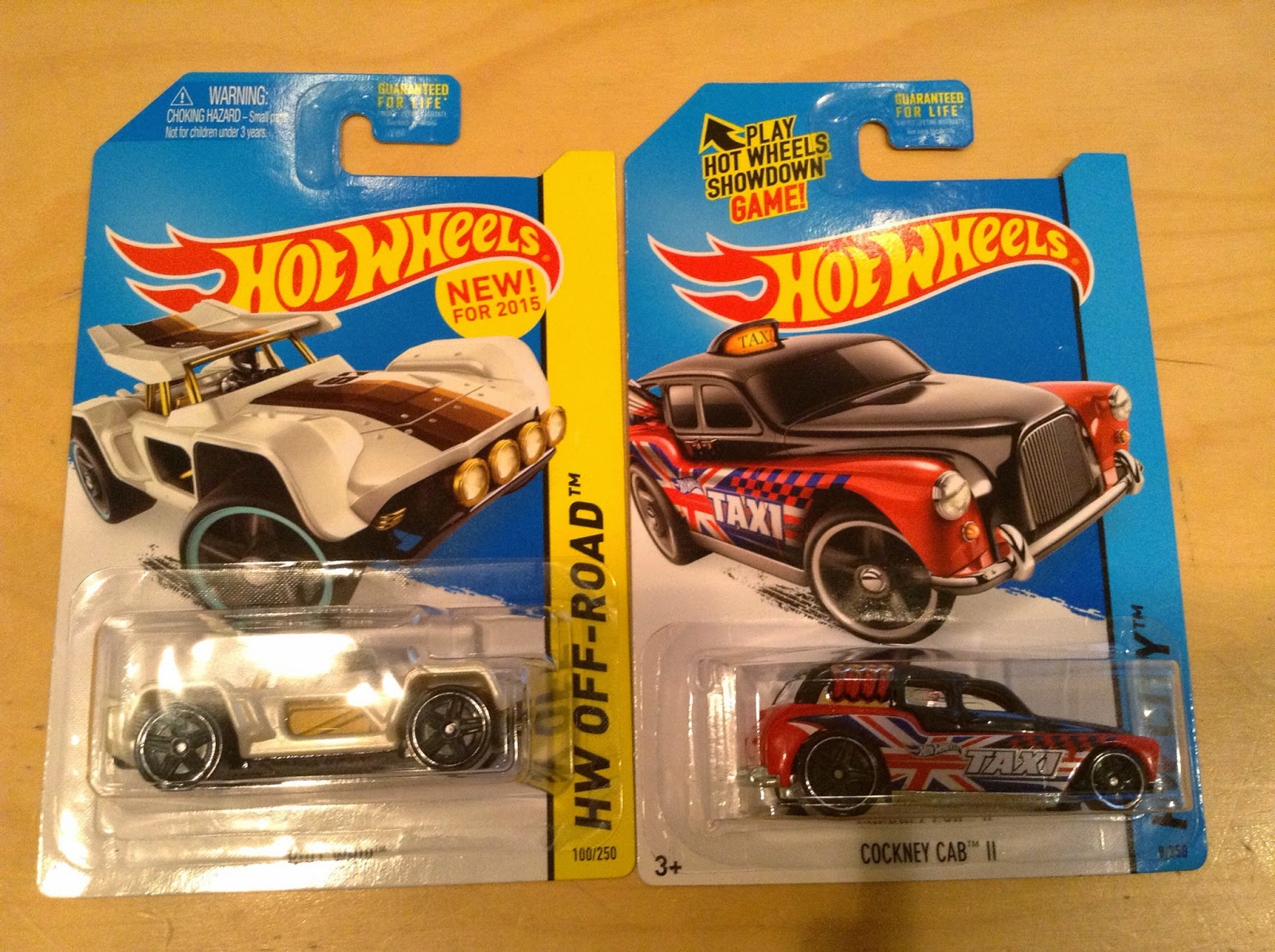 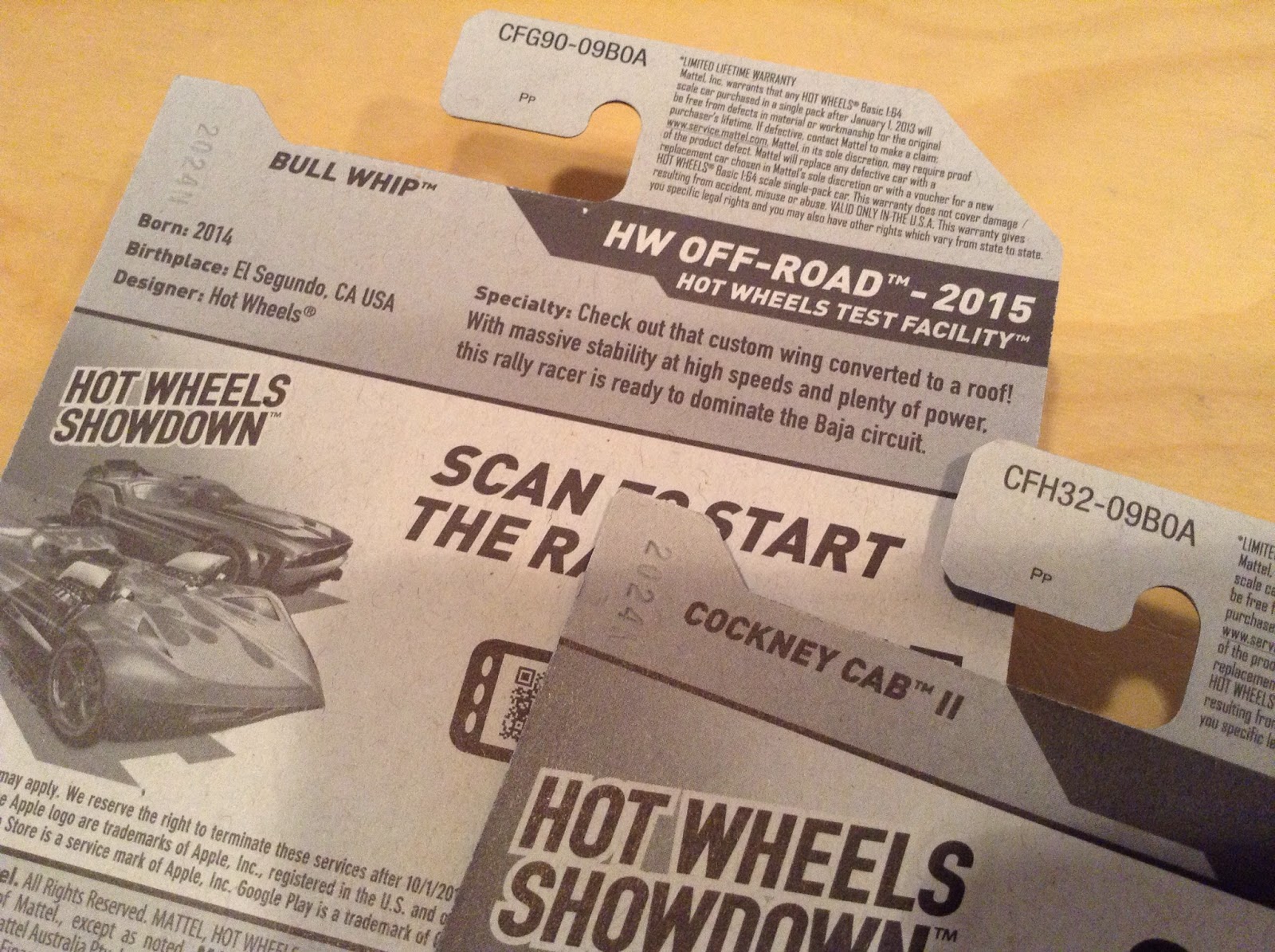 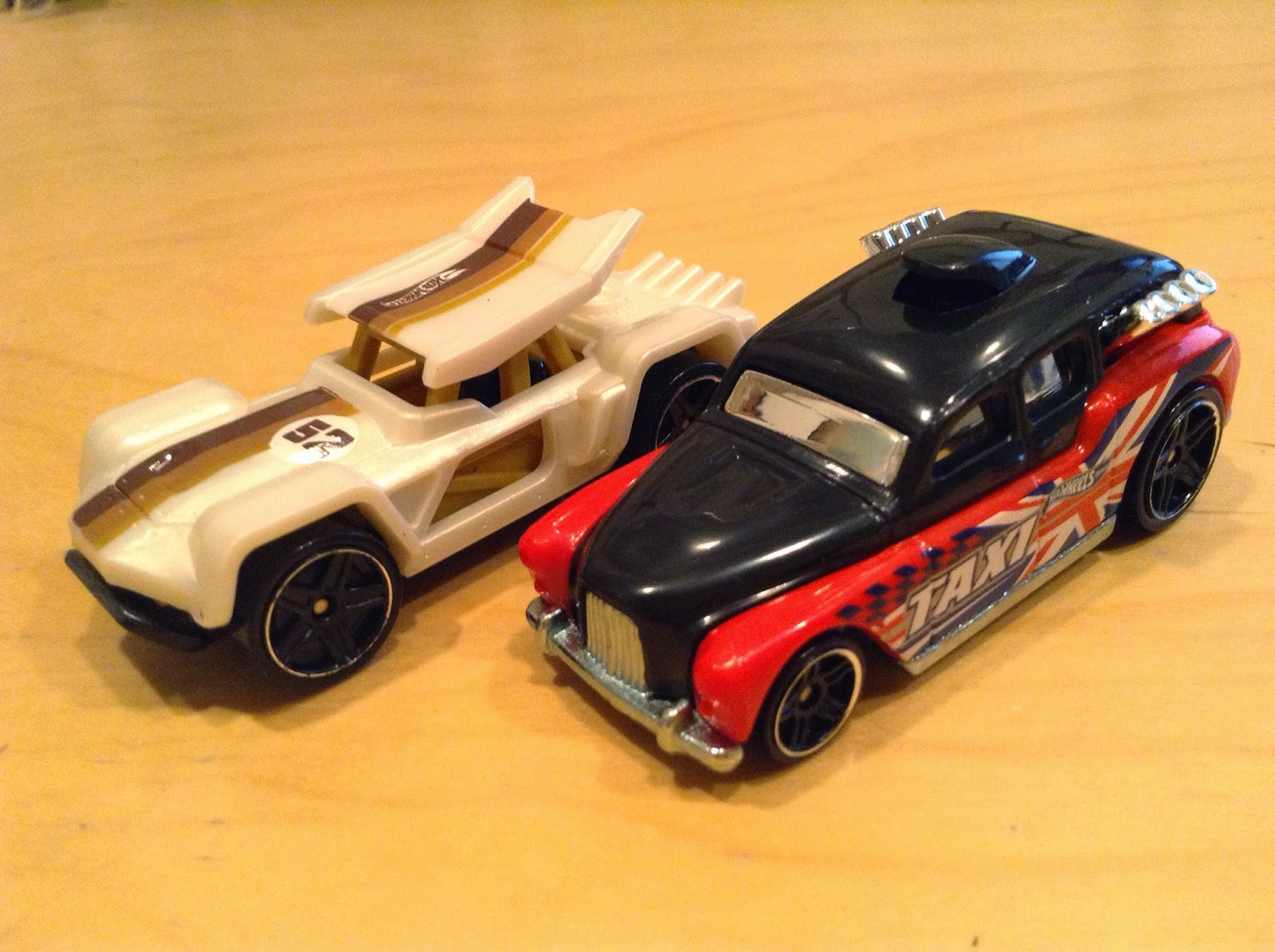 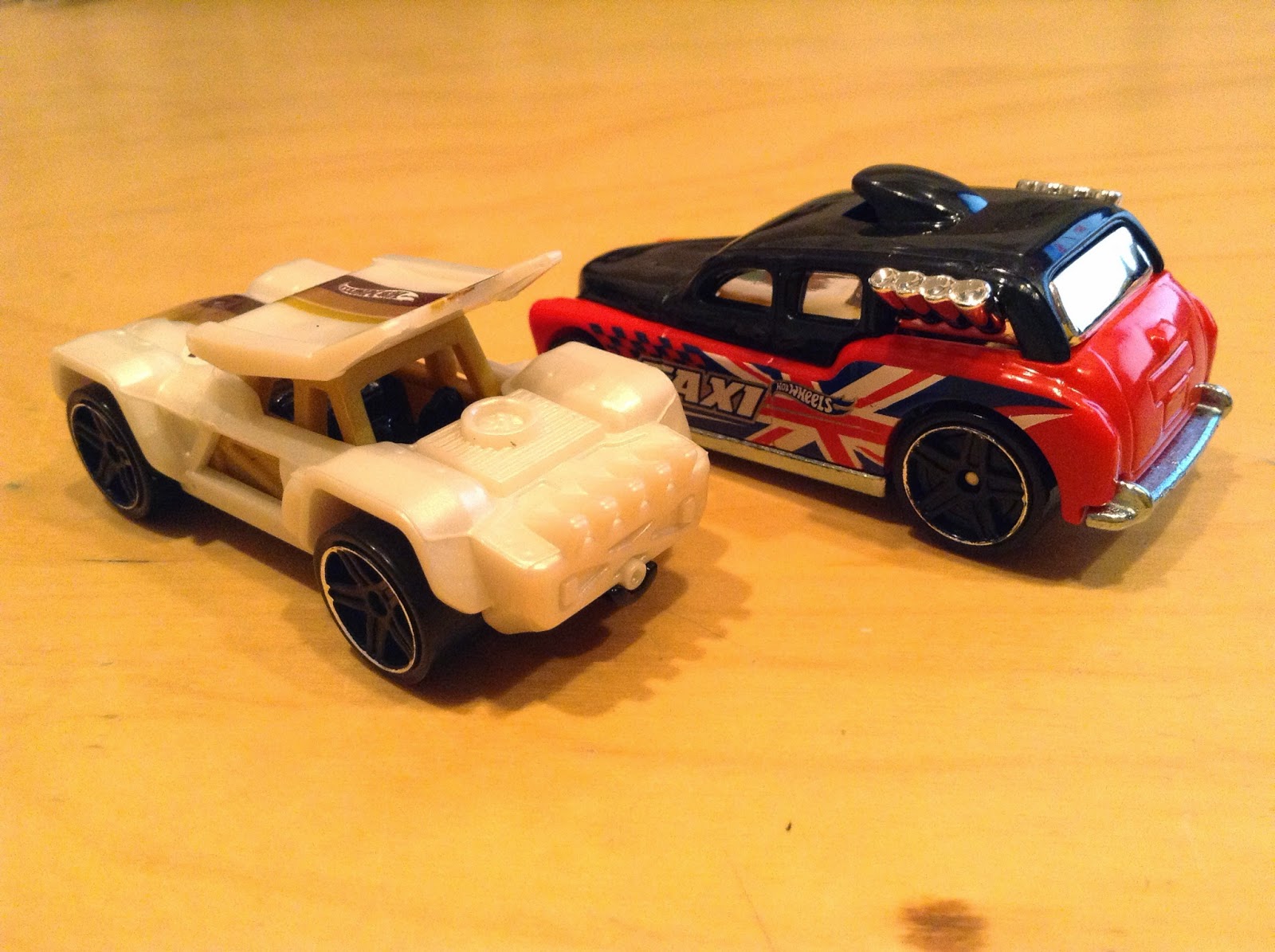 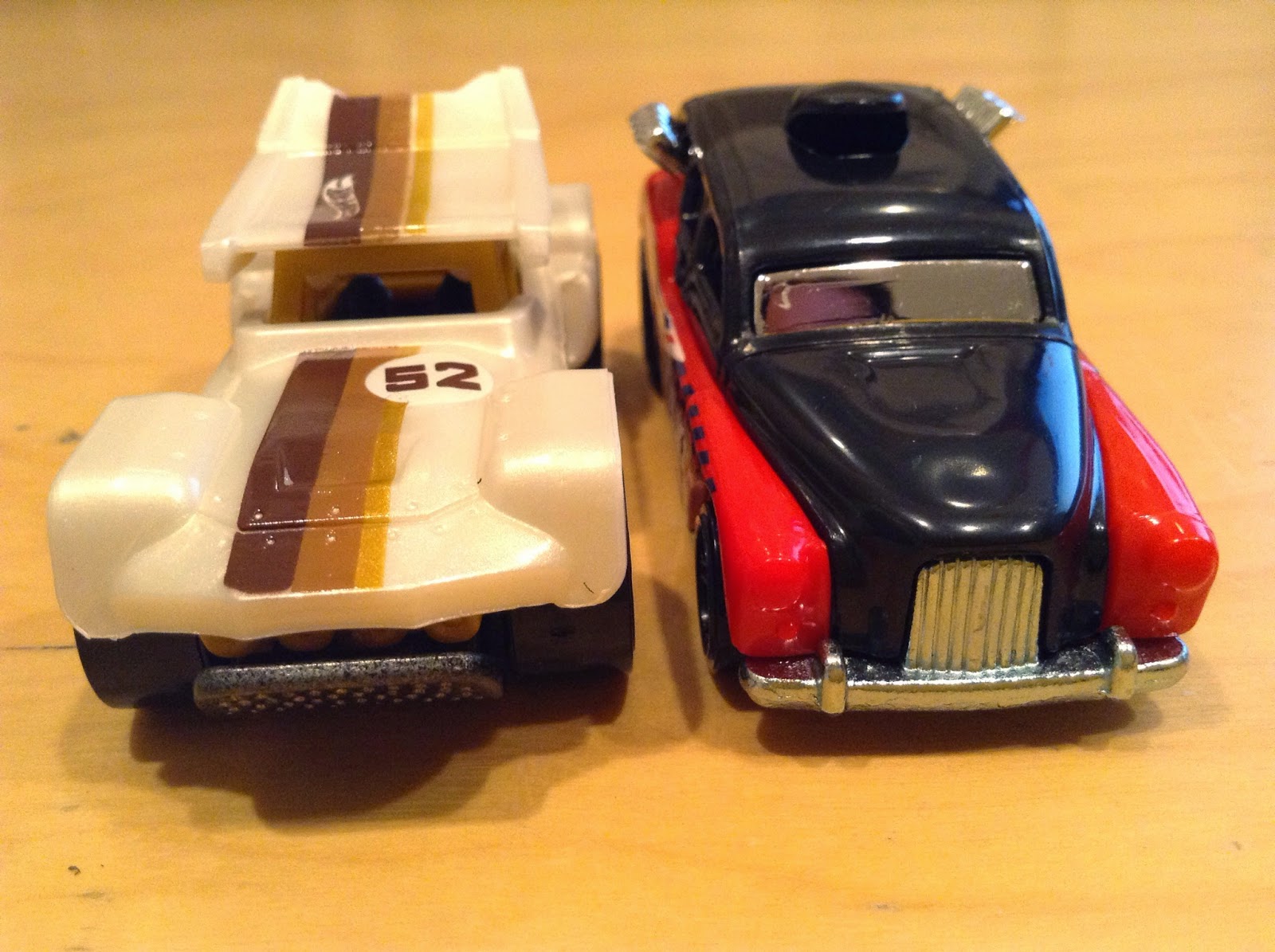 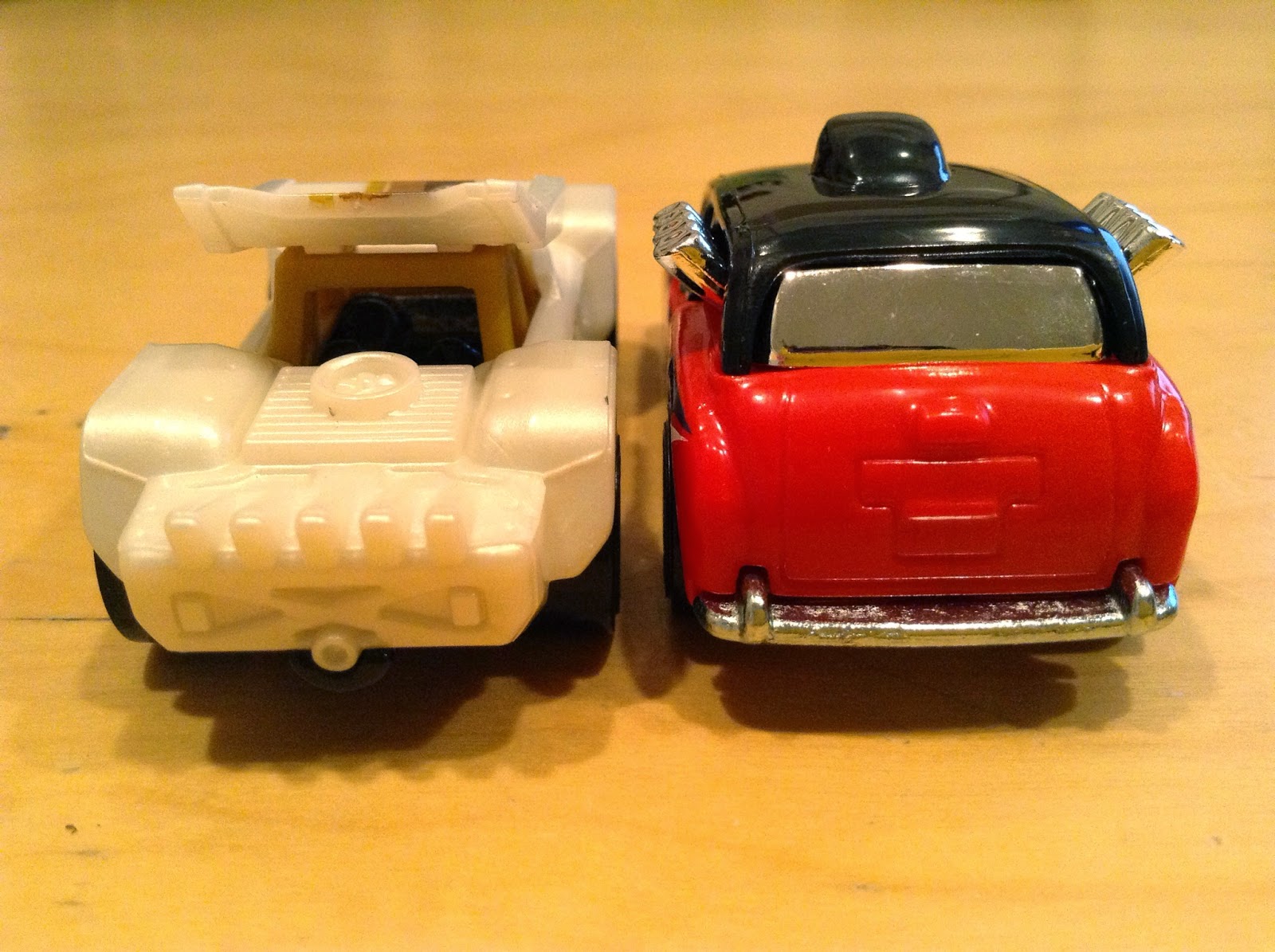 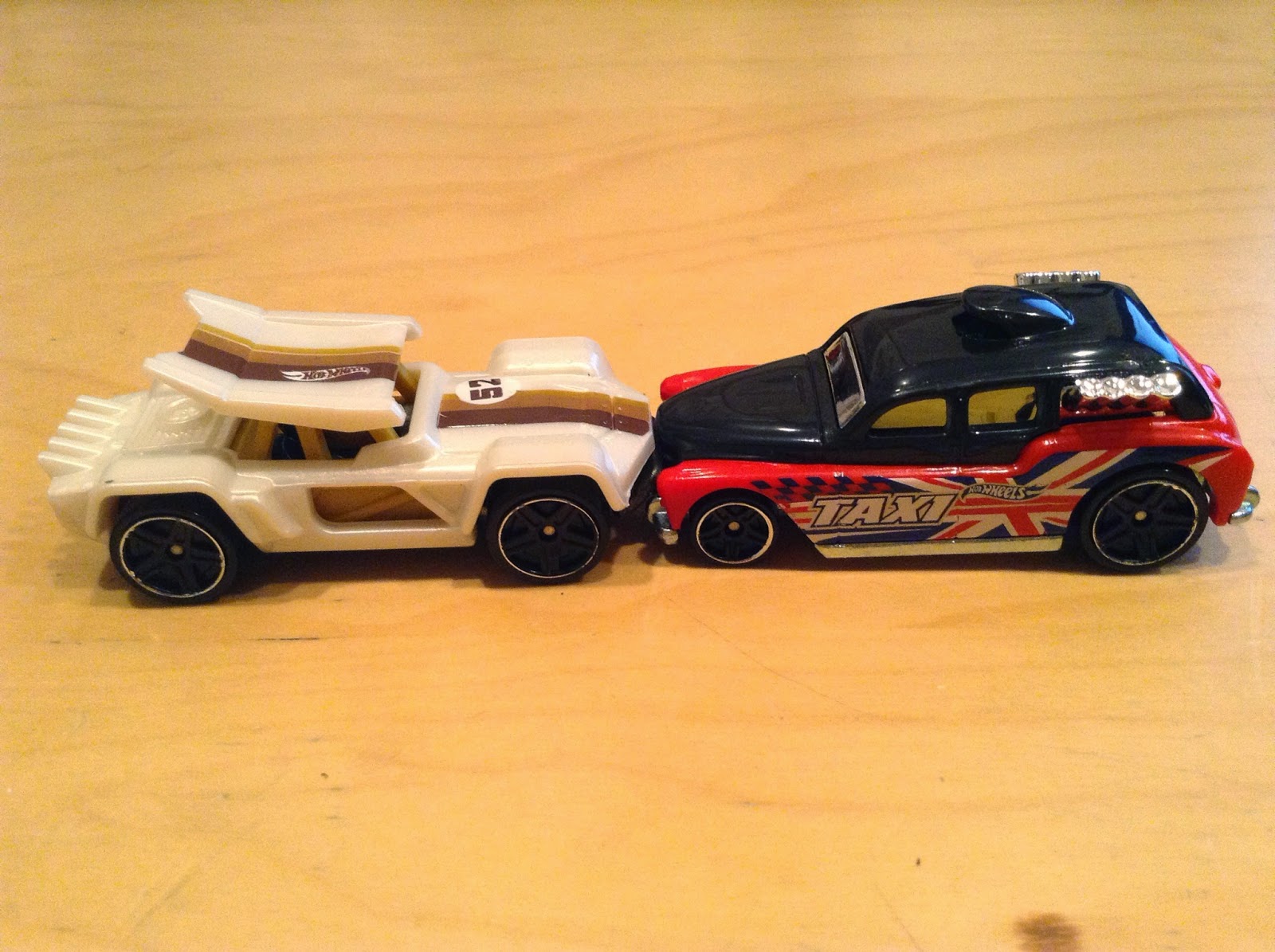 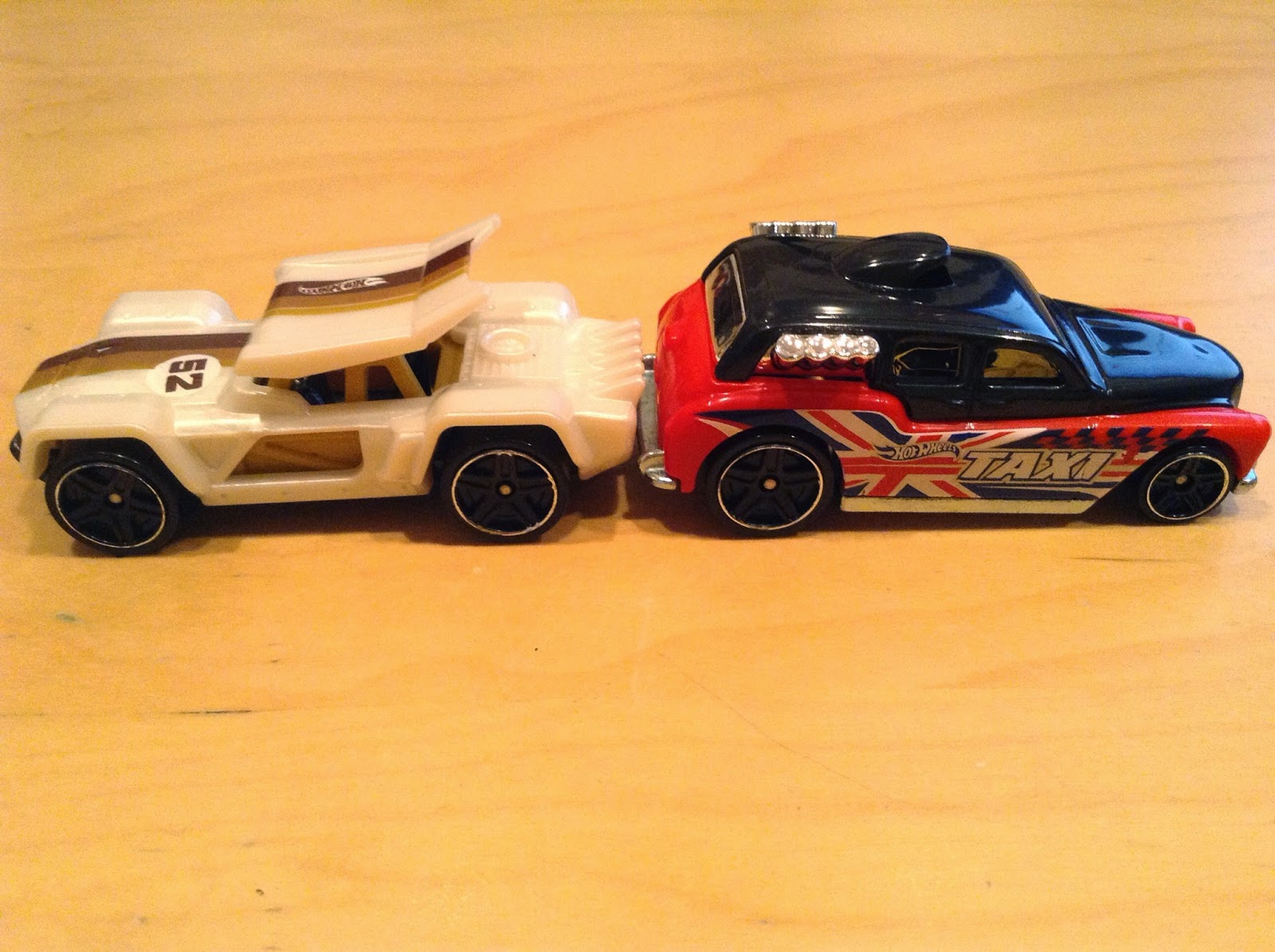 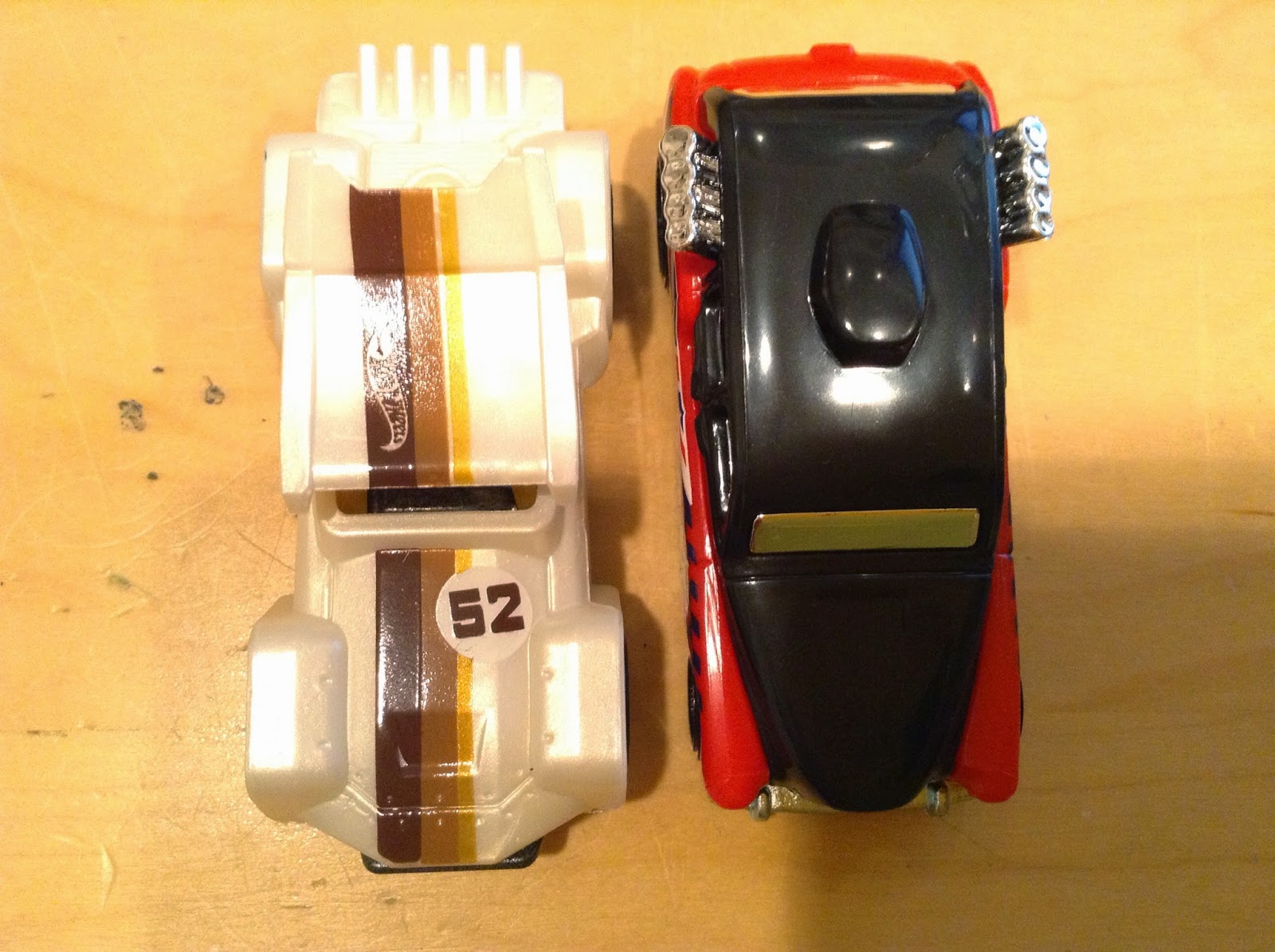 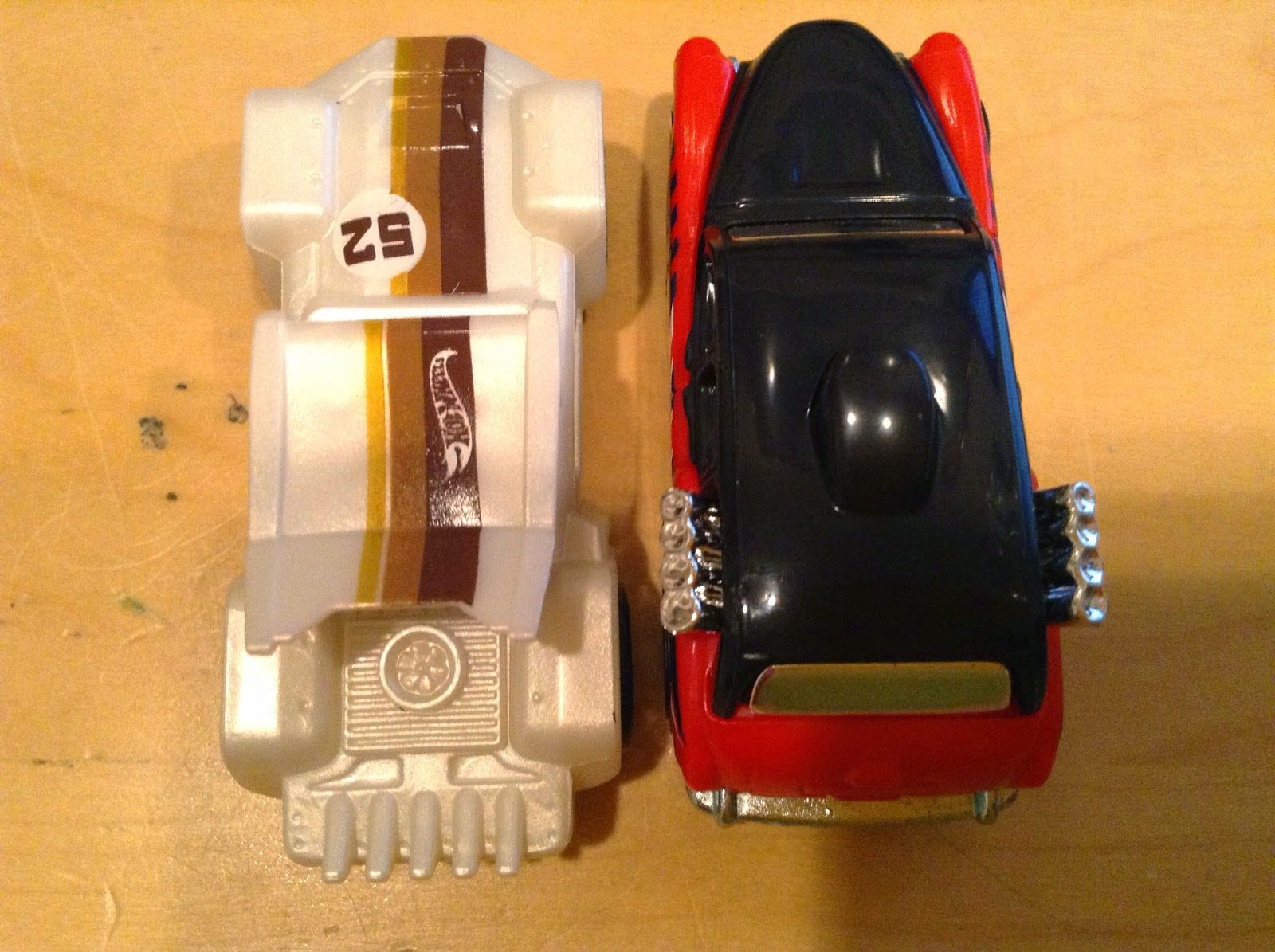 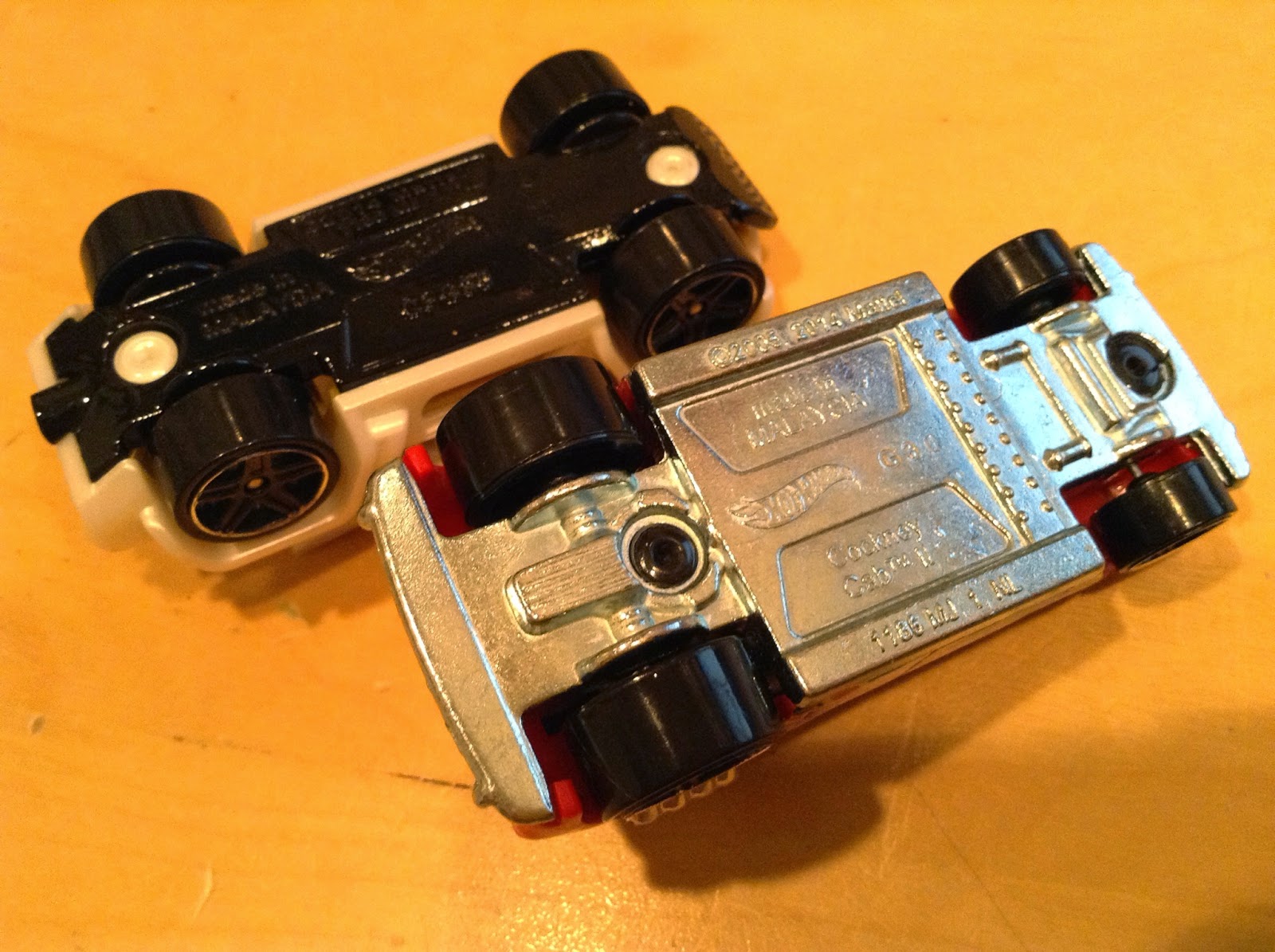 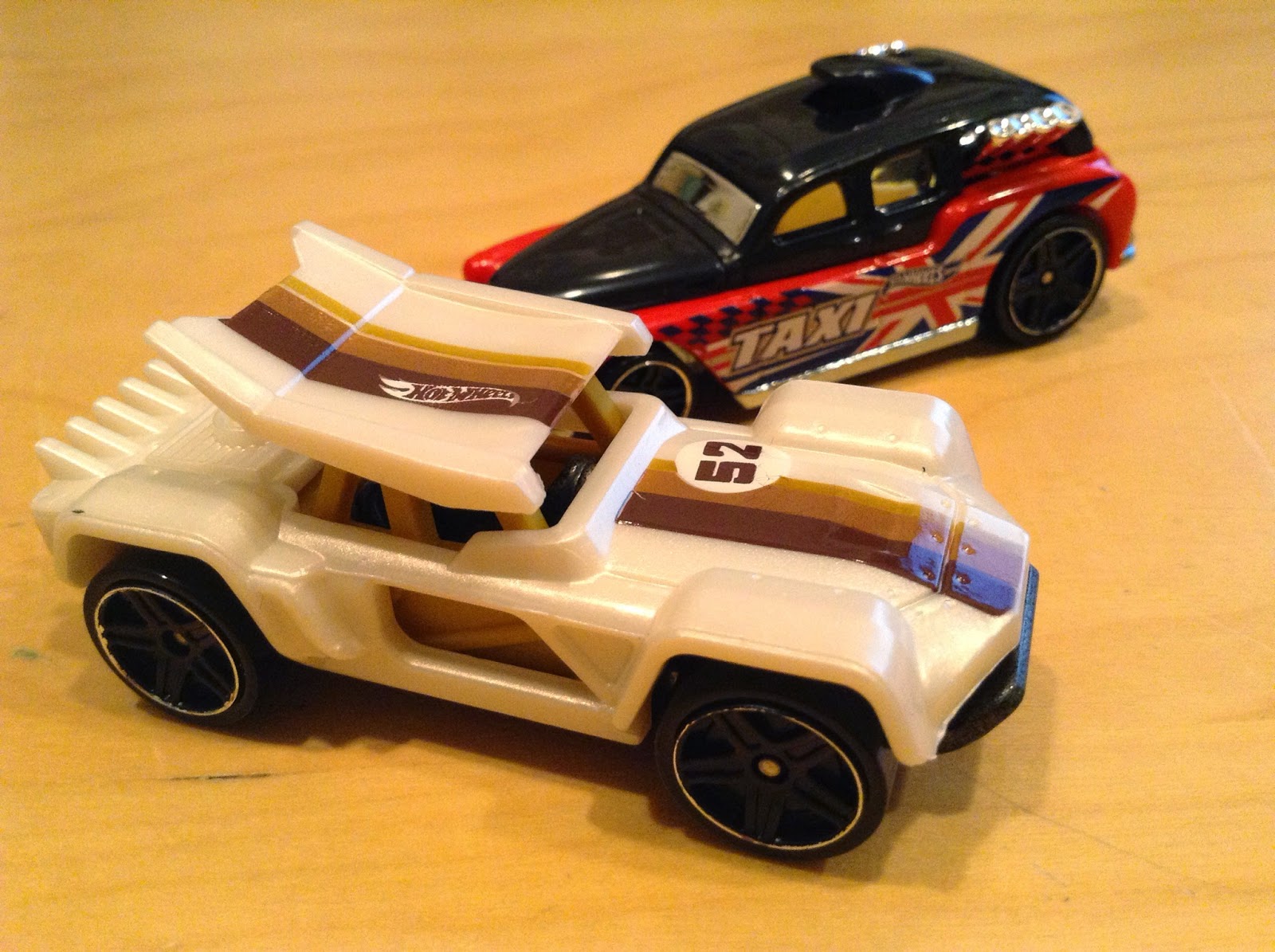 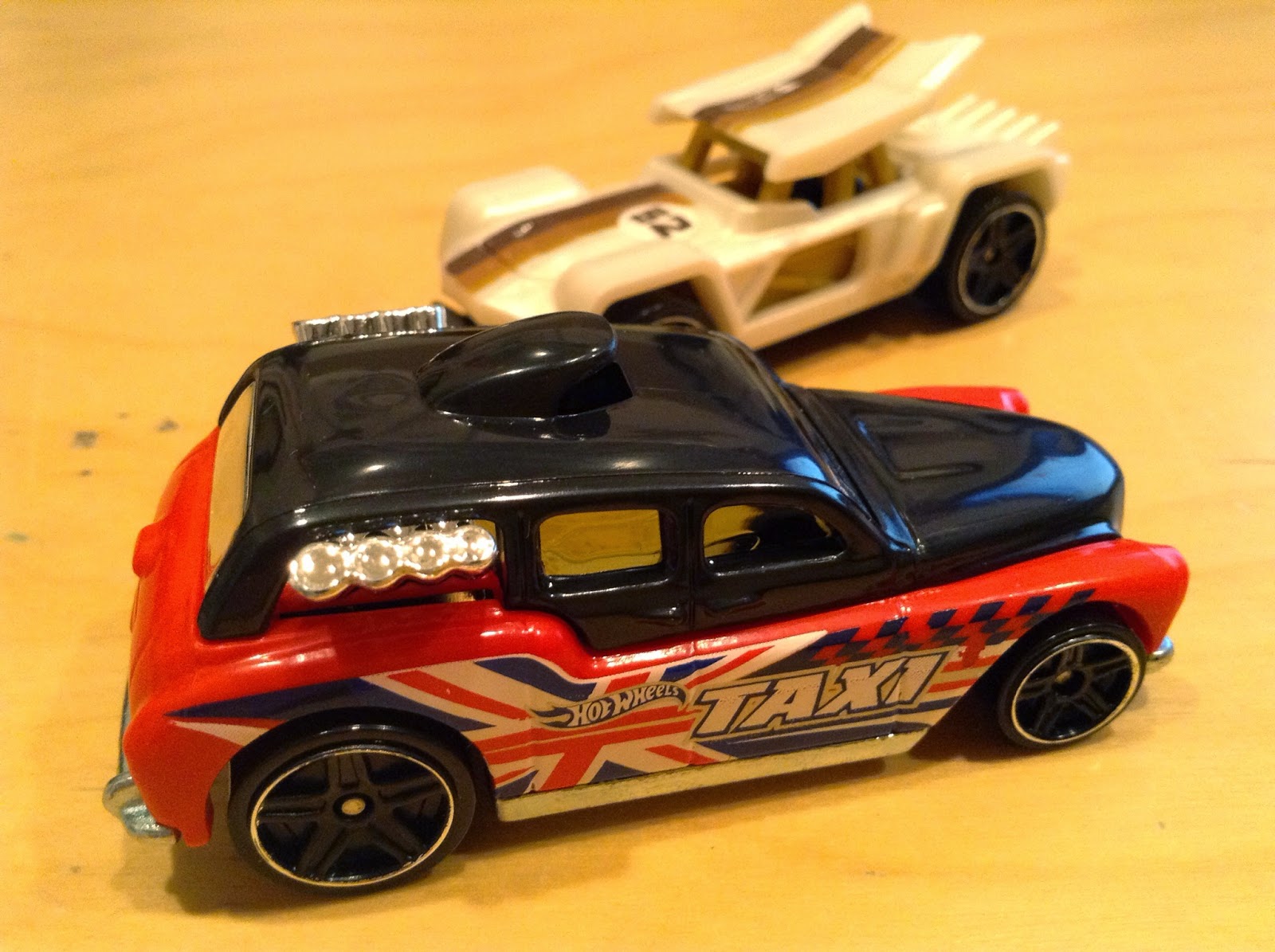